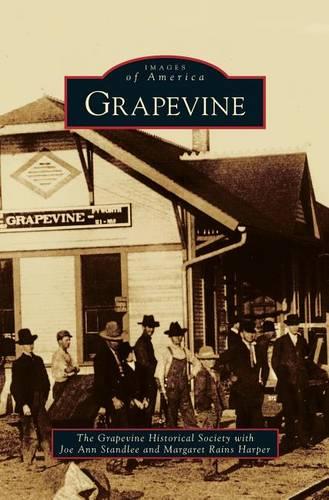 The town of Grapevine was formed when a small group of pioneers settled together on the Grape Vine Prairie in the 1840s and 1850s. The first settlers came for the promise of land ownership and a better life, and the Grape Vine Springs and rich soil yielded good harvests and subsequent prosperity. When the Cotton Belt Railroad arrived in 1888, it helped establish the town as a permanent agricultural trade center servicing the entire region. The Civil War and World Wars I and II interrupted the town’s normal activities, but the citizens rallied in support of their state and country. Two major construction projects in the 1950s and 1960s transformed the future of Grapevine: the Grapevine Dam and Reservoir and the Dallas-Fort Worth International Airport. In the 1970s, local historians realized the wealth within the city’s past, and leaders took steps to protect and preserve it so that today people from all over the world come to see this quaint little prairie town.