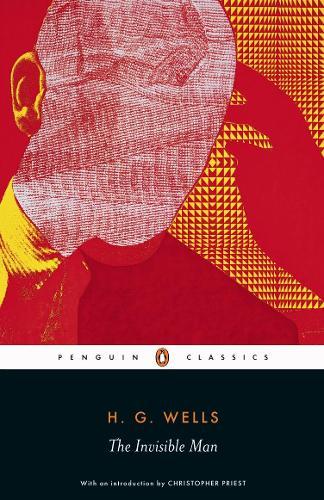 Depicting one man’s transformation and descent into brutality, H.G. Wells’s The Invisible Man is a riveting exploration of science’s power to corrupt. This Penguin Classics edition is edited by Patrick Parrinder with notes by Andy Sawyer and an introduction by Christopher Priest, author of The Prestige.With his face swaddled in bandages, his eyes hidden behind dark glasses and his hands covered even indoors, Griffin - the new guest at The Coach and Horses - Is at first assumed to be a shy accident-victim. But the true reason for his disguise is far more chilling- he has developed a process that has made him invisible, and is locked in a struggle to discover the antidote. Forced from the village and driven to murder, he seeks the aid of his old friend Kemp. The horror of his fate has affected his mind, however - and when Kemp refuses to help, Griffin resolves to wreak his revenge.This edition includes a full biographical essay on Wells, a further reading list and detailed notes on the text. In his introduction, Christopher Priest considers the novel’s impact upon modern literature.H.G. Wells (1866-1946) was a professional writer and journalist. Wells’s prophetic imagination was first displayed in pioneering works of science fiction, but later he became an apostle of socialism, science and progress. Among his most popular works are The Time Machine (1895); The Island of Doctor Moreau (1896), filmed with Bela Lugosi in 1932, and again in 1996 with Marlon Brando; The Invisible Man (1897); The War of the Worlds (1898), which was the subject of an Orson Welles radio adaptation that caused mass panic when it was broadcast, and a 2005 film directed by Stephen Spielberg; and The First Men in the Moon (1901), which predicted the first lunar landings.If you enjoyed The Invisible Man, you might like Wells’s The Island of Doctor Moreau, also available in Penguin Classics.

END_OF_DOCUMENT_TOKEN_TO_BE_REPLACED

The Country of the Blind and other Selected Stories

The First Men in the Moon

The War of the Worlds: Popular Penguins

A Short History of the World