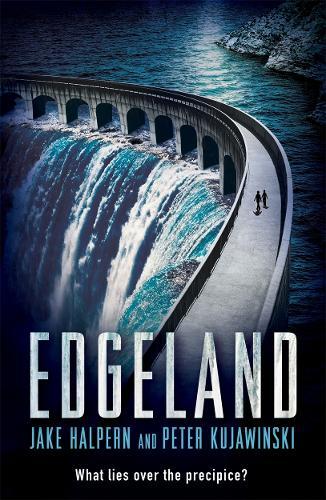 Thousands of miles south of the island of Bliss, day and night last for 72 hours. Here is one of the natural wonders of this world: a whirlpool thirty miles wide and a hundred miles around. This is the Drain. Anything sucked into its frothing, turbulent waters is never seen again.
Close to the Drain is the island of Edgeland: a holy place where people bring their dead to be blessed at the great ‘bone houses’ - ancient, mystical funeral homes that process thousands of bodies each day. The dead are loaded onto funeral scows and sent over the edge, into the World After, the place where the dead come back to life and face judgement. At least, that’s what the priests say.
Alec is second in command at House Aron - the greatest and oldest of the bone houses. If he plays his cards right, he stands to inherit the house. His closest friend, though, is posing a threat to this - Wren, a vagabond who lives by her wits on the streets of Edgeland. Wren wants nothing more than to escape the island - she sees it as nothing more than a sham. She doesn’t believe in the bone houses, or the priest, or even the existence of the World After. She just believes in herself - and her need to find a way off the island.
There’s a catch, though - the only person who can help her is Alec. Can Alec betray the House of Aron to help Wren, or will he stay true to the path that’s been laid out for him for as long as he can remember?
$16.99Add to basket ›