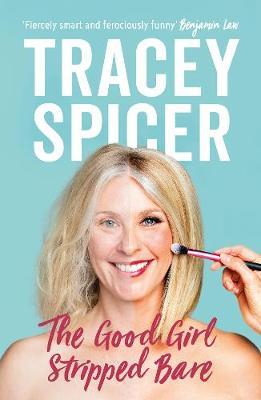 From bogan to boned and beyond - a full-frontal ‘femoir’ by one of Australia’s best-loved journalists From bogan to boned and beyond - a full-frontal femoir Tracey Spicer was always the good girl.
Inspired by Jana Wendt, this bogan from the Brisbane backwaters waded through the ‘cruel and shallow money trench’ of television to land a dream role: national news anchor for a commercial network. But the journalist found that, for women, TV was less about news and more about helmet hair, masses of makeup and fatuous fashion, in an era when bosses told you to ‘stick your tits out’, ‘lose two inches off your arse’, and ‘quit before you’re too long in the tooth’. Still, Tracey plastered on a smile and did what she was told. But when she was sacked by email after having a baby, this good girl turned ‘bad’, taking legal action against the network for pregnancy discrimination.
In this frank and funny ‘femoir’ - part memoir, part manifesto - Tracey ‘sheconstructs’ the structural barriers facing women in the workplace and encourages us all to shake off the shackles of the good girl.
$34.99Add to basket ›