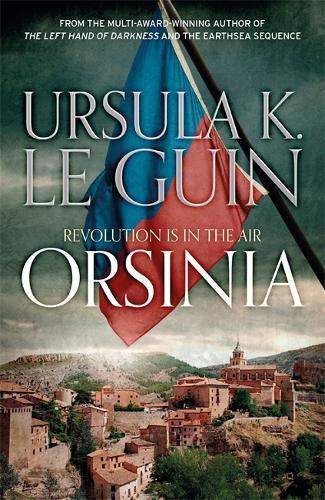 Among the less-traveled mountains and plains of Central Europe, a little east of Austria perhaps and north of Slovenia, lies the old kingdom of Orsinia. A land of forests and quiet farmlands and towns, with its capital city Krasnoy on the broad Molsen River, Orsinia has always found itself, like all the countries of Europe, subject to forces beyond its borders.
Yet, cast as they are in the shadow of tyrannies both Western and Eastern, the lives and dreams of its free people are no less important than the great arguments of Europe’s emperors and dictators.Here then are those lives: in tales of romance and blood-lust, hope and fear, freedom and tyranny, passion and despair.
Tales of love, of life and of death and - amidst the great 19th-century rise of liberalism and nationalism - a tale of revolution against the might of the Hapsburg Empire.
This is Orsinia and these are her stories.
$24.99Add to basket ›

END_OF_DOCUMENT_TOKEN_TO_BE_REPLACED

The Left Hand of Darkness

The Word for World is Forest

Tales from Earthsea: The Fifth Book of Earthsea

The Other Wind: The Sixth Book of Earthsea