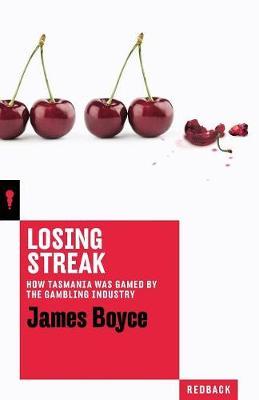 The story begins with the toppling of a premier, and ends with David Walsh, the man behind MONA, taking an eccentric stand against pokie machines and the political status quo.
It is a story of broken politics and back-room deals. It shows how giving one company the licence to all the poker machines in Tasmania has led to several hundred million dollars of profits (mainly from problem gamblers) being diverted from public use, through a series of questionable and poorly understood deals.
Losing Streak is a meticulous, compelling case study in governance failure, which has implications for pokies reform throughout Australia.
$22.99Add to basket ›