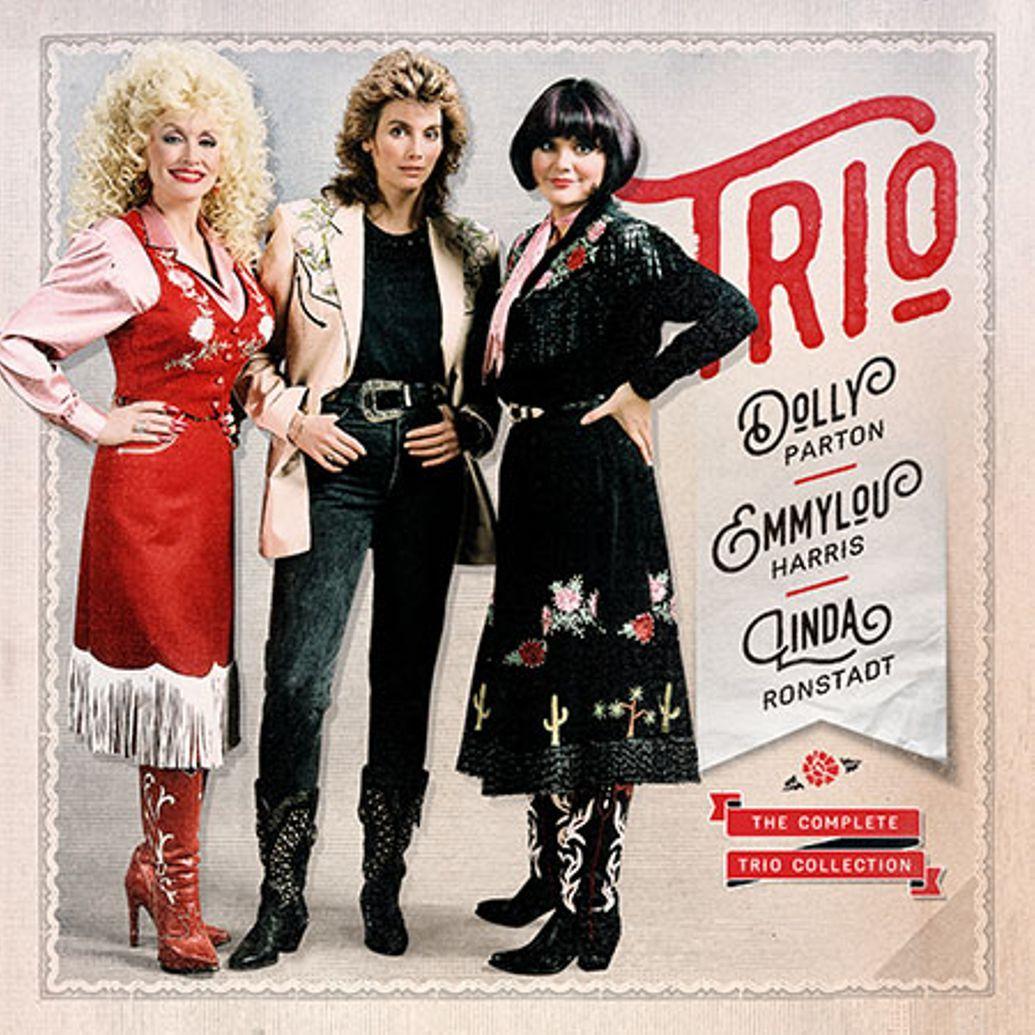 Dolly Parton, Linda Ronstadt, and Emmylou Harris have three careers unparalleled in music history. Together they have sold over 200 million albums worldwide and performed for decades in front of countless fans around the globe. It’s no surprise that when their three voices united to release their debut collaboration, the results were remarkable. The threesome released two albums together, ‘Trio’ (1987) and ‘Trio II’ (1999), which have combined to sell more than five million copies worldwide and win three Grammy Awards.
Both of these classic albums have been newly remastered for ‘The Complete Trio Collection,’ a three-CD collection packed with rare and unreleased music and produced by Harris.
Even though Parton, Ronstadt, and Harris began recording together in the 1970s, a full album proved elusive. When the stars aligned and the friends were finally able to record a full album, a powerhouse sound of country and Americana was born. The results were remarkable. ‘Trio’ arrived in 1987; sold more than four million copies; won two Grammy Awards; and topped the US country album chart for five consecutive weeks. Among the standout tracks are “To Know Him Is to Love Him,” “Wildflowers,” and “Farther Along.”
It would be more than a decade before the group released a follow-up, but when ‘Trio II’ arrived in 1999 it did not disappoint. The album won a Grammy Award and peaked in the Top Five of the US country album chart. It sold more than one million copies worldwide on the strength of tracks like “Do I Ever Cross Your Mind?” the Carter family’s “Lover’s Return” and a cover of Neil Young’s “After The Gold Rush.”
The bonus disc is loaded with 20 songs, including alternate takes of album tracks like “I’ve Had Enough,” “Making Plans” and “My Dear Companion.” Also featured are 11 completely unreleased recordings from the trio spanning both album sessions including “Waltz Across Texas Tonight,” “Pleasant As May,” “Are You Tired of Me,” and the gospel standard “Softly And Tenderly.” Among the unreleased material is also an alternate version of “Do I Ever Cross Your Mind?” featuring Parton on lead vocals and a stunning acapella version of “Calling All My Children Home.”
$34.95Add to basket ›