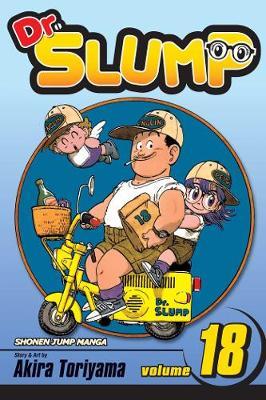 Robot girl hijinks from the creator of Dragon Ball! When goofy inventor Senbei Norimaki creates a precocious robot named Arale, his masterpiece turns out to be more than he bargained for! It’s a race to the finish line (and not just figuratively!) in the final volume of Dr. Slump! When Taro graduates from high school, he decides to get a job with the Penguin Village Police Department. But first he’ll need to earn his driver’s license–and what better test of driving skill could there be than another Penguin Grand Prix? Akira Toriyama hosts the race to send Arale and the gang off with a bang!