The House of Eyes: Book 20 in the DI Wesley Peterson crime series 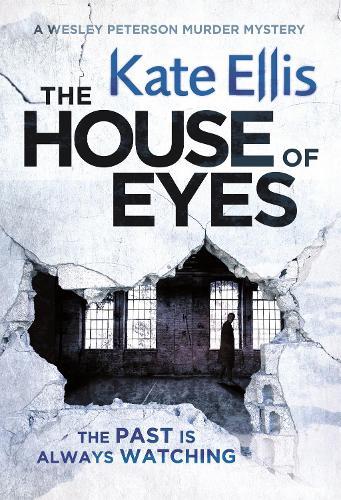 The House of Eyes: Book 20 in the DI Wesley Peterson crime series

When Darren Hatman reports his daughter missing, DI Wesley Peterson isn’t too concerned. Leanne Hatman is an aspiring model, keen to abandon her native Devon for the bright lights of London. However, Darren’s claim that a photographer has been stalking Leanne soon changes Wesley’s opinion. Leanne works at Eyecliffe Castle, once home to the wealthy D'Arles family and now converted into a luxury hotel. When Darren himself is found brutally murdered in the castle grounds, the police fear is that Leanne has met a similar fate. But, if so, where is her body? Meanwhile, Wesley’s friend, archaeologist Neil Watson, recently returned from a thrilling Sicilian excavation, makes a disturbing discovery near Eyecliffe Castle and surprises Wesley with the news that, while in Sicily, he met Leanne’s alleged stalker. With Eyecliffe Castle becoming the scene of another violent death, Wesley suspects a connection between the recent crimes, the disappearance of two girls back in the 1950s and a mysterious Sicilian ruin called the House of Eyes, a place feared by superstitious locals. As he works to solve one of his most challenging cases yet, Wesley must face alarming revelations, rooted in centuries of fear and evil … as well as dealing with a nightmare of his own.