GodPretty in the Tobacco Field 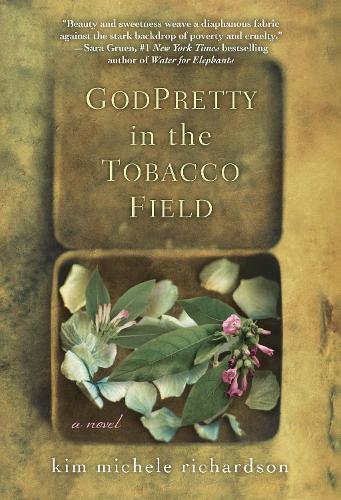 GodPretty in the Tobacco Field

Nameless, Kentucky, in 1969 is a hardscrabble community where jobs are few and poverty is a simple fact–just like the hot Appalachian breeze or the pests that can wipe out a tobacco field in days. RubyLyn Bishop is luckier than some. Her God-fearing uncle, Gunnar, has a short fuse and high expectations, but he’s given her a good home ever since she was orphaned at the age of five. Yet now, a month shy of her sixteenth birthday, RubyLyn itches for more. Maybe it’s something to do with the paper fortunetellers RubyLyn has been making for townsfolk, each covered with beautifully wrought, prophetic drawings. Or perhaps it’s because of Rainey Ford, an African-American neighbor who works alongside her in the tobacco field, and with whom she has a kinship, despite her uncle’s worrisome shadow and the town’s disapproval. RubyLyn’s predictions are just wishful thinking, not magic at all, but through them she’s imagining life as it could be, away from the prejudice and hardship that ripple through Nameless.