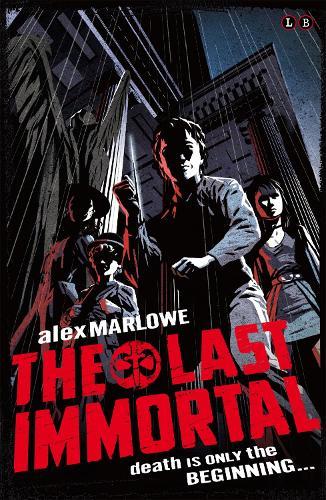 Percy Jackson meets The League of Extraordinary Gentleman meets Sherlock
In Victorian London, 13-year-old Luke Frankenstein dreams of joining The Immortals - a supernatural crime-fighting squad, founded by his father Victor. But when Luke secretly follows the Immortals on a mission against the Dark Pharaoh Sanakhte, he is killed.
Luke’s body is preserved for 160 years before he is reanimated in the modern day, his body bestowed with superhuman powers and fitted with modern upgrades. Sanakhte has returned and Luke must reunite the scattered Immortals. But to destroy Sanakhte, Luke must uncover a terrible secret hidden in his past…Inside cover printing features a comic strip detailing more of the Last Immortals' adventures!
$16.99Add to basket ›