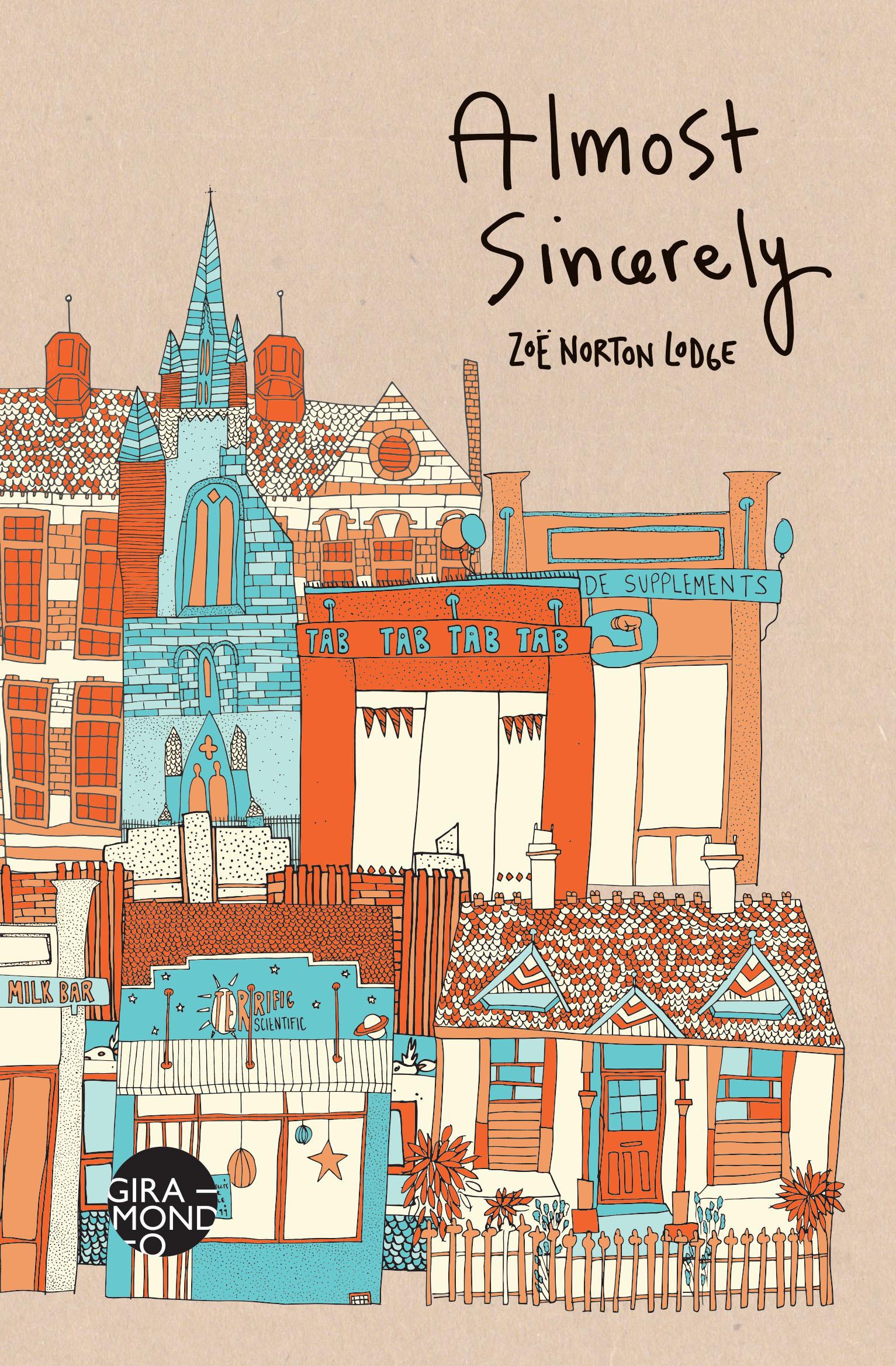 Zoe Norton Lodge grew up in Annandale, Sydney in the eighties and nineties. God’s country. Heartland of the Inner West. Because of its location an always fertile mix of working-class, migrant, genteel, intellectual and eccentric residents. As she got older she noticed Annandale was changing, and she started hearing new words like ‘architect’ and ‘labradoodle’, and eventually entire weeks would go by with no backyard bomb explosions.
These stories about neighbourhood warfare, wacky relatives, quashed dreams and facial disfigurement are told with Norton Lodge’s characteristic comic verve and eye for absurdity and menace, inspired by her family, friends, acquaintances and nemeses. Their highlights include Greek grandparents who have lived in mutual resentment for decades and beat each other up with colanders, children who dabble in amateur porn and are sent to school with cat-food sandwiches, ‘distressed’ furniture, rampaging eczema, flying babies and other suburban wonders.

Zoë Norton Lodge is one hysterically funny lady. A born performer and story-teller, she’s skilled in combining traditional forms of comedy like stand-up with a narrative form. She started a yarn-spinning night called The Story Club, which grew into a sell-out live event/somewhat obscure TV show on ABC2, and worked as a writer and presenter on The Checkout and The Chaser’s Media Circus.

Norton Lodge has made me laugh until I had tears streaming down my face – on multiple occasions. At last year’s Emerging Writers’ Festival program launch, I had the pleasure of hearing Norton Lodge read her story ‘The Devil Wears a Denim Winter One-Piece’, about a children’s drama company ‘in the throes of its last attempt to wreak unhappiness and alcoholism on the world’. Later at Amazing Babes, an event at that same festival, Norton Lodge read a second story – ‘Yia Yia on Papou’ – a dramatic ode to her Greek grandparents and their decades-long resentment of each other (aka ‘a short discourse on how the colander is actually a weapon’).

Both stories are included in this superb collection, Almost Sincerely. This book proves that while Norton Lodge is a brilliant, animated performer, she’s just as funny on the page. Reading these absurd tales of suburban mayhem in Annandale, Heartland of Sydney’s Inner West, I giggled on public transport, in the State Library, in line to pay at the supermarket. Even her bio made me chuckle: ‘Zoë was born in Annandale in 1984, where she was essentially a normal person until she went to a Performing Arts High School where she received an A for Wanker, a B+ for Smoking and a Dolphin for Maths’.

With a charming cover illustration of Annandale by Norton Lodge’s younger sister, ‘Little Georgia’, Giramondo have again produced a physically beautiful book. In interviews, Norton Lodge often refers to the fact that her mum, dad and sister consistently sat in the front row at Story Club events, laughing madly while simultaneously turning beetroot. In this way Norton Lodge’s focus on her own family in this collection is never intended to embarrass them. Instead she offers an affectionate love letter to those dearest to her. Almost Sincerely celebrates belonging to a community, albeit an eccentric one. These stories are told with genuine warmth and heart and are truly a joy to read.