Nuclear Waste in Your Backyard: Who’s to Blame and How to Fix It 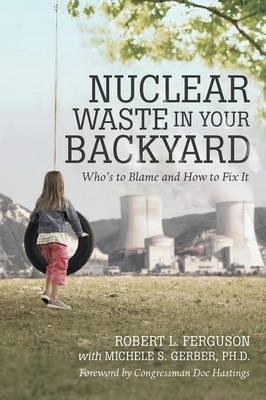 Nuclear Waste in Your Backyard: Who’s to Blame and How to Fix It

If you care about the environment and the rule of law, then it’s essential to consider how politics is driving the way we’re approaching nuclear energy. Robert L. Ferguson, a nuclear energy insider who’s spent more than fifty years working in the field, details how he partnered with others to wage a legal battle against two of the most powerful men in the world - President Barack Obama and Secretary of Energy Steven Chu - and won. The stakes were high: President Obama and his administration suddenly and illegally shut down the Yucca Mountain nuclear waste repository, which violated the law and was a smack in the face to residents of 38 states that expected spent nuclear fuel to be buried at a central location. Arm yourself with the knowledge you need to hold elected officials accountable and ensure that they’re not allowed to flagrantly violate the law. If you don’t take time to analyze the issues and do your part to improve U.S. energy policy, you may just end up with Nuclear Waste in Your Backyard indefinitely. Bob Ferguson has written an important book-his analysis is right on target. I highly recommend his book to be read and acted upon by every American concerned about how partisan politics can trump good science. Such action is especially important for those in positions of policy development. - Dr. Alan Waltar, past president of the American Nuclear Society and author of America the Powerless