Hockey: Not Your Average Joe 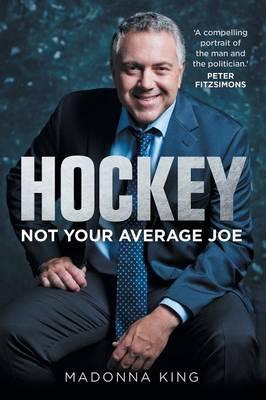 Hockey: Not Your Average Joe

Will this man be Australia’s next Prime Minister?
The son of an immigrant and a Bondi beauty queen, Joe Hockey is one of Australia’s most popular politicians with one of the nation’s toughest jobs. So, how did he get there? And can he deliver? While thousands of viewers have watched Hockey’s approachable persona each week on Channel 7’s Sunrise, there is a lot more to the Australian Treasurer who decided to have radical stomach surgery to improve his health. Was it a decision inspired by a promise he made to his young children or was it his ambition to compete with ‘action man’ leader Tony Abbott? Hockey has held senior ministerial positions in the Howard government and now presides over some of the most controversial financial decisions of the decade. He is in the media daily - from controversial bailout plans for Qantas and SPC to speculation about his first budget.
Madonna King’s authorised biography explores the man behind the politician and the influences that have shaped his life. Drawing on hundreds of interviews, as well as full access to Joe Hockey, his family and friends, King provides an exclusive and unparalleled insight into the man who is already a household name and will play a pivotal role in our nation’s future.
$32.95Add to basket ›