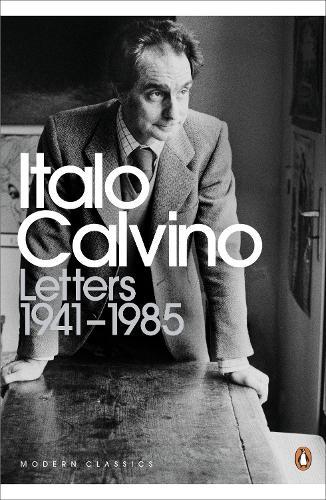 The extraordinary letters of Italo Calvino, one of the great writers of the twentieth century, translated into English for the first time by Martin McLaughlin, with an introduction by Michael Wood.Italo Calvino, novelist, literary critic and editor, was also a masterful letter writer whose correspondents included Umberto Eco, Primo Levi, Gore Vidal and Pier Paolo Pasolini. This collection of his extraordinary letters, the first in English, gives an illuminating insight into his work and life. They include correspondence with fellow authors, generous encouragement to young writers, responses to critics, thoughts on literary criticism and literature in general, as well as giving glimpses of Calvino’s role in the antifascist Resistance, his disenchantment with Communism and his travels to America and Cuba. Together they reveal the searching intellect, clarity and passionate commitment of a great writer at work.‘This literally marvelous collection of letters shows him to have been gregarious, puckish, funny, combative, and, above all, wonderful company, and opens a new and fascinating perspective on one of the master writers of the twentieth century. Michael Wood and Martin McLaughlin have done Calvino, and us, a great and loving service.’ John Banville'A charming addition to the Planet Calvino - a place cluttered with sphinxes, chimeras, knights, spaceships and viscounts both cloven and whole' GuardianItalo Calvino, one of Italy’s finest postwar writers, was born in Cuba in 1923 and grew up in San Remo, Italy. Best known for his experimental masterpieces, Invisible Cities and If on a Winter’s Night a Traveller, he was also a brilliant exponent of allegorical fantasy in works such as The Complete Cosmicomics. He died in Siena in 1985.