The Book from Baden Dark 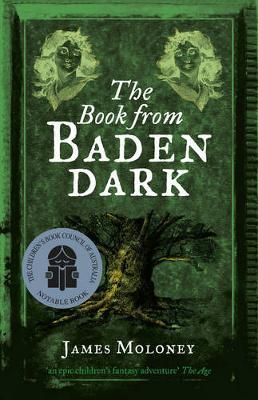 The Book from Baden Dark

The exciting conclusion to the bestselling trilogy that began with THE BOOK OF LIES. three years have passed since Marcel defeated Mortregis, the great dragon of war, and more than a year since the Battle of Cadell. On a mountainside in Elster, Bea, who has lived among the elves all this time, longs to see her human friends again. When strange creatures disturb the tranquillity of the mountain forests and her grandfather disappears, she calls for Marcel’s help. together with his cousin, Fergus, they travel into the forbidden underground world of Baden Dark on a rescue mission. But Marcel senses an ancient evil in Baden Dark and becomes determined to free all of Elster from its threat. Forever. the challenge will test his growing power as a sorcerer and even success may come at a terrible price. Bea is not convinced by his ambitions and when Marcel betrays her with his magic, he makes a decision that may keep them apart forever.Fast-paced and completely enthralling, the compelling conclusion to this trilogy is guaranteed to have readers unable to turn the pages fast enough!Ages 9 - 12