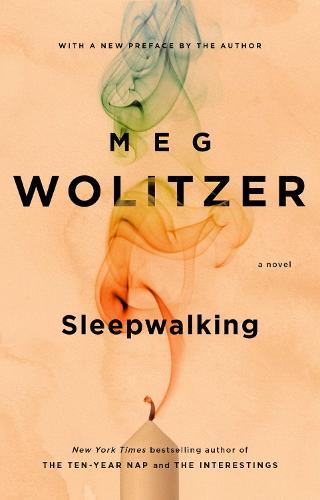 The debut novel from the New York Times-bestselling author of The Interestings and The Female Persuasion, a story of three college students' shared fascination with poetry and death, and how one of them must face difficult truths in order to leave her obsession behind. Published when she was only twenty-three and written while she was a student at Brown, Sleepwalking marks the beginning of Meg Wolitzer’s acclaimed career. Filled with her usual wisdom, compassion and insight, Sleepwalking tells the story of the three notorious death girls, so called on the Swarthmore campus because they dress in black and are each absorbed in the work and suicide of a different poet: Sylvia Plath, Anne Sexton, and Wolitzer’s creation Lucy Asher, a gifted writer who drowned herself at twenty-four. At night the death girls gather in a candlelit room to read their heroines' work aloud. But an affair with Julian, an upperclassman, pushes sensitive, struggling Claire Danziger–she of the Lucy Asher obsession–to consider to what degree her death girl identity is really who she is. As she grapples with her feelings for Julian, her own understanding of herself and her past begins to shift uncomfortably and even disturbingly. Finally, Claire takes drastic measures to confront the facts about herself that she has been avoiding for years.

On a warm summer night in 1974, six teenagers play at being cool. They smoke pot, drink vodka, share their dreams and vow always to be interesting. Decades later, aspiring actress Jules has resigned herself to a more practical...

One winter a strange, formidable wind blows into the bedrooms of Stellar Plains, New Jersey, and most particularly, into the hearts and loins of Dory and Robby Lang - the high school teachers at Eleanor Roosevelt High school -...

The story of the long and stormy marriage between novelist Joe Castleman and his wife Joan and the secret they've kept for decades.