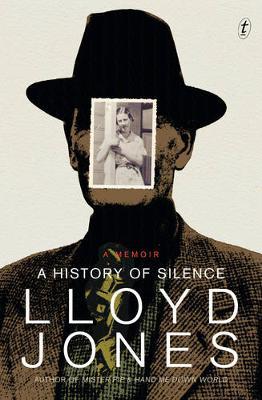 Stone by stone the basilica was being dismantled in order to be put back together again. Each stone was painted with a number and laid with care onto pallets spread over the ground…

I kept thinking about those numbered stones. Some purpose began to take shape. I began to wonder if I might re-trace and recover something of my own past, to reassemble it in the manner of the basilica. It was a matter of looking to see if any of the original building blocks remained, and where I might find them.

A History of Silence is a book about a country and a broken landscape. It’s about the devastation in Christchurch, after the 2011 earthquake. It’s about how easily we erase stories we find inconvenient. It’s about the fault lines which that cataclysmic event opened up in Lloyd Jones' understanding of his own family history.
In A History of Silence Jones embarks on a quest for the truth about his family. What happened? Why do there seem to be so few stories? Why are there so few mementos? The answers he finds are completely unexpected and change everything.

When I was about 19, I sought refuge one afternoon from what I felt to be the misery of my family home by going to my sister’s house, located on the other side of town in Christchurch, New Zealand. For some reason that day, sitting outside in the spring sunshine, Philippa got out a photo album or two and we started to leaf through them together. At one point she remarked: ‘And there’s a picture of my dad!’ Time stopped still for me at that moment. That wasn’t a picture of my father that I saw before me. Out of the blue I learned that my two older sisters, Philippa and Julia, were instead my half-sisters, and that my mother had in fact been married before, a relationship which had ended in divorce. Neither my mother nor my father had chosen to ever tell me this – I think it was considered ‘protecting me’. That was indeed the culture of the day: to be a single mother was shameful, and my father – by marrying my mother – had ‘saved’ the family unit. And thereafter it was never to be spoken of again.

I tell you this because when I saw a copy of Lloyd Jones’s new book for the first time – a memoir – I felt straight away that it was going to speak to me. There is the shared Kiwi childhood, obviously, to spike my interest. But already with the ominous title – A History of Silence – I thought I well knew what sort of territory the book was likely to plumb.

Jones had the somewhat uncommon situation (I should think) of having parents who were both left orphaned in their very early years. The story of his book then is principally how Jones learns who his grandparents really were, and how their children came to be adopted. As he grows up, they seem to barely exist at all in the family narrative (for good measure there aren’t any photos of his parents as kids, either). He is familiar with the nominal facts though: on his father Lew’s side, Jones’s grandmother died an early death when her son was still only a toddler; his grandfather was reputedly lost at sea in battle. On his mother Joyce’s side, ambiguous references are made to a grandfather who is either a bookseller or a farmer (surely not both!); and Maud, his grandmother, when referenced at all, is simply a target of loathing. Which doesn’t stop Joyce, mind you, driving surreptitously to a spot close to Maud’s house in Wellington, and waiting with Jones for hours in the car to potentially catch a glimpse of her birth mother.

The trigger for Jones’s investigation into his family history is the major Christchurch earthquakes of 2010 and 2011. Like so many of us around the world, he sat transfixed in front of his television in Wellington as the southern city was brought to its knees, and within weeks of the second earthquake he felt compelled to visit in person. But the most powerful outcome of his visit is not some idea that might become a future fiction – although he does occupy himself for a day or two with a poetic flight of fancy – but rather an unsettling of what he terms ‘the sediment within him’. Events from Jones’s past, and scraps of his family history, suddenly start to enter his consciousness through previously unknown fissures. And he’s conscious, too, that the Canterbury earthquakes were in fact not unforseen, nor had the ground that liquefied so suddenly ever been considered particularly stable. Had his parents – like the builders of the city of Christchurch – built an edifice over their lives (in the case of the city: over the marshy swamplands), and led a rather grim, joyless suburban existence that belied an unacknowledged past? Jones is jolted into an awareness of quite what a psychic disaster his family environment had been for all concerned– as mirrored in the physical devastation of Christchurch – and he becomes determined to uncover the facts of the matter.

The relevations – which involve a trip to Wales as well as much consultation of official records in Wellington – are extraordinary, perhaps particularly in so far as the ‘evil’ Maud who, at their last ever meeting (when Joyce was only 22 and in desperate need) had completely disowned Jones’s mother. Jones, his world now suddenly rent, is finally able to peer in and at last start to understand the emotional stunting of his parents. And not least understand where some of his own personality traits may come from, such as feeling a perpetual outsider.

Why did he not ask more questions though, he wonders? I can relate to that. When you learn from a young age that the past is not just past, but it is to be avoided whenever possible; when you learn that it is the present that you should be grateful for (‘Isn’t it a lovely day?’; ‘Isn’t the cake nice?’), whether voluntarily or not, you start to inhabit what Jones terms ‘a climate of forgetting’. You find yourself rendered mute, too.

For his parents, there is rejection, shame, wilful forgetting. Fortunately, in this story, Joyce finds in later life some happiness through unexpected financial good fortune, and has a good response to the anti-depressants that are prescribed for her crippling depression. And Jones meets some descendants of a family he never knew he had.

It’s a captivating memoir, which is not to say there aren’t moments when Jones’s thought processes are a tad confusing, or the narrative seems to ramble in myriad directions. But this is, after all, an account of what he brands a ‘personal earthquake’. It is a record of the uplift of all manner of recollection, some of it inchoate, other parts a veritable ‘personal catalogue of horror’, with an accompanying sense of vertigo that recalls, sometimes quite specifically, W.G. Sebald’s account of the dark recesses of his own upbringing in a small Bavarian town.

One site Jones visits in Christchurch is the partially destroyed Catholic Cathedral, where all the fallen masonry has been laid out and numbered so that the stone can be placed back together again in exactly the right order. That sort of personal reconstruction – ‘a sequence of place and belonging’ – is simply not available to Jones (or any of us, of course). But with bitterly won knowledge also comes hope. By deciding to put a halt to the ‘absence, silence and repudiation of the past’ in his family narrative, Jones has given his own children access to family lore that – warts and all –will help explain who they are to themselves. The conspiracy of silence has finally been broken.

Jones’s parents are also now long dead – and he never had the chance to interact with them armed with the knowledge that he has today (nor when they were alive did he have much of a concern with the family and its history, he admits). But you get the feeling that with this book, both his parents and grandparents have finally had the chance to speak.

I can’t think of a greater gift a writerly son could give his forbears. With this memoir, Jones has written a brave and remarkable tribute to them. 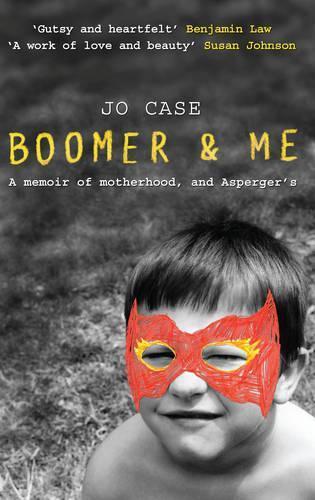 Boomer and Me: A Memoir of Motherhood, and Asperger’S

An endearing story of a modern family and the hurdles they come across.