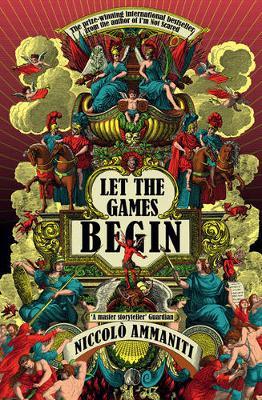 ‘How long’s it been since we took the bloody oath?’ Saverio shrugged. ‘A few years.’ Zombie pointed a grissino at his chief. ‘In all this time, what have we ever accomplished?’ ‘All those things you promised…How many of them have we done?’ Murder chimed in. ‘You said we’d make loads of human sacrifices, but we haven’t seen hide nor hair of them. And what about the initiation ritual with the virgins? And the Satanic orgies?’ It is the most decadent party of the century. A nouveau riche real estate magnate has planned a lavish weekend for a who’s-who of celebrities - starlets, politicians, soccer stars and intellectuals. Among them is a neurotically charming author struggling to write his next book and hoping to rejuvenate his reputation. In an unexpected turn of events, he crosses paths with the Wilde Beasts of Abaddon, a satanic sect planning to ruin the evening’s festivities and become celebrated as a world-famous cult. What was intended as the most lavish spectacle of the year quickly descends into chaos. In Let the Games Begin, international best-selling author Niccolo Ammaniti fuses a riotous dose of absurdity with a clear-eyed critique of the superficiality and vulgarity of modern culture. Let the Games Begin may well be, as Italian left-wing daily L'Unita remarked, ‘the print version of La Dolce Vita for the present day.’