Women in Robbe-Grillet: A Study in Thematics and Diegetics 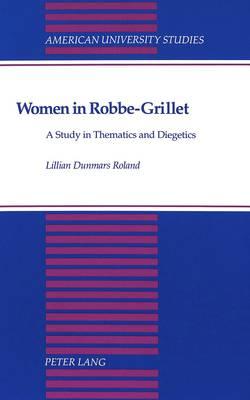 Women in Robbe-Grillet: A Study in Thematics and Diegetics

Two recognizable facets of modernity are feminism and the Nouveau Roman. Not only do the social movement and the new fiction seem to be at odds, but Robbe-Grillet, while being praised for his avant-garde writings, is simultaneously being accused of strong antifeminism. Taking as a corpus Robbe-Grillet’s novels, film-novels, photo-novels and autobiographical novels, the problem is examined using an eclectic array of thematic and diegetic approaches. Thematics are topics of discourse or of artistic representation; diegetics are narratives in their most unconventionally unnatural forms. Struggles between males and females and between form and content clash and collaborate in the contested site of the text where contradiction, ambiguity, equivocation and paradox deconstruct textual components as they are being constructed. Probative and weighty perspectives on women surface through narrators, narratives and characters within the texts, and are interpreted by readers and critics. These themes and narrative structures, as they engender the very architecture of the texts themselves, speak eloquently of the extraordinary ability of Robbe-Grillet to overturn traditional types and forms as they interconnect and proliferate at unexpected levels and degrees in his works.