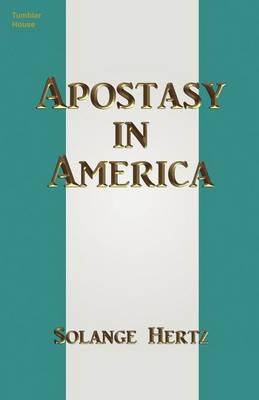 This book is about apostasy, that gradual but radical dissociation of man from God whose history is as old as creation, having begun among the angels in heaven even before it began on earth in Eden. It would be impossible to tell it all, but what follows is an attempt to show some aspects of it from the perspective of America, where apostasy became politicized by historical circumstance …We even have the word of the Founders in our first treaty with Tripoli to the effect that, the Government of the United States of America is not in any sense founded on the Christian religion. In this book, Solange Hertz covers topics including colonial Catholicism, neo-paganism, ecumenism, and lastly the Know-Nothing Party, which rose to prominence during the 19th century based on nativist and anti-Catholic sentiments.