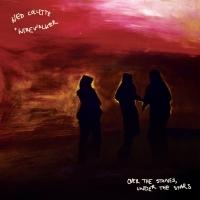 Ned Collette releases his third studio album, made in collaboration with his band, Wirewalker.

The songs for the Over the Stones, Under the Stars were written in winter-bound Glasgow, and then recorded in the Australian countryside, on secluded property recently ravaged by bushfires.

The resulting album has a richer, deeper and more expansive sound than Ned’s two previous albums. This time around the music is purposefully stripped of orchestration, capturing the live sound forged by Ned & Wirewalker through the last two years of performing around the world.

END_OF_DOCUMENT_TOKEN_TO_BE_REPLACED

When The Devils Loose

Christmas In The Heart Std Ed