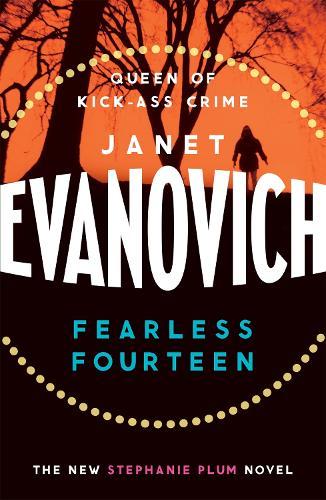 Sometimes fame can be fatal… Personal vendettas. Hidden treasure. A monkey named Carl. Stephanie Plum is as fearless as ever in the fourteenth hilarious novel in Janet Evanovich’s bestselling Stephanie Plum series. Fearless Fourteen is not to be missed by fans of Harlan Coben and JD Robb. Raves for Evanovich’s bestselling series: ‘A laugh a minute against a background of dastardly crime with a ditzy heroine and two - yes TWO - of the hottest heroes ever created’ (Woman’s Weekly); ‘A laugh-out-loud page-turner’ (Heat). Stephanie’s desperate enough for a bit of extra cash that she’s agreed to help run security for Brenda, the most successful - and most unpleasant - country star of her day. But that means working with Ranger, her too-hot mentor, AKA trouble in a Navy Seals cap. She’s also meant to be babysitting a teenage boy, and dealing with the fact that her boyfriend Morelli’s house may or may not be built on top of millions of stolen dollars. At times like this, all the money in the world isn’t enough… What readers are saying about Fearless Fourteen: ‘Another fast, fun and beautifully crafted book by Janet Evanovich’ ‘Stephanie Plum at her usual best and all the usual suspects join Stephanie for loads of thrills and spills’ ‘Excellent read with very descriptive, hilarious actions and plots’