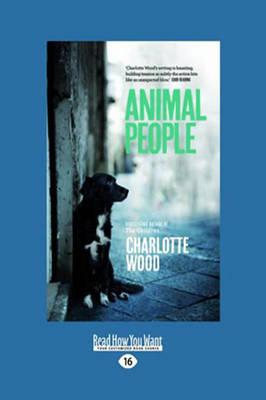 The hilarious, tender and heartbreaking story of a watershed day in the life of Stephen - aimless, unhappy and unfulfilled, this stiflingly hot December day is the day he has decided to dump his girlfriend. A sharply observed, 24 - hour urban love story. ‘He could not find one single more word to say. I just want to be free. He could not say those words. They had already withered in his mind, turned to dust. He did not even know, he marvelled now, what the hell those words had meant.'Acclaimed novelist Charlotte Wood takes a character from her bestselling book The Children and turns her unflinching gaze on him and his world in her extraordinary novel, Animal People. Set in Sydney over a single day, Animal People traces a watershed day in the life of Stephen, aimless, unhappy, unfulfilled - and without a clue as to how to make his life better.His dead - end job, his demanding family, his oppressive feelings for Fiona and the pitiless city itself …the great weight of it all threatens to come crashing down on him. The day will bring untold surprises and disasters, but will also show him - perhaps too late - that only love can set him free.Sharply observed, hilarious, tender and heartbreaking, Animal People is a portrait of urban life, a meditation on the conflicted nature of human - animal relationships, and a masterpiece of storytelling. Filled with shocks of recognition and revelation, it shows a writer of great depth and compassion at work.