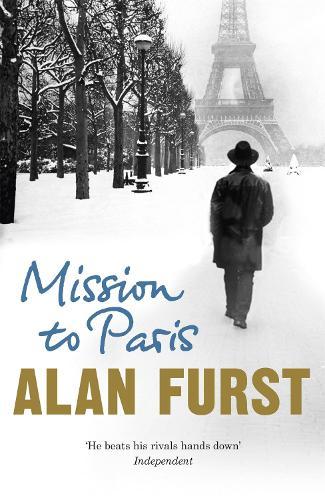 Frederic Stahl, a Hollywood film star, travels from Beverly Hills to the boulevards of Paris. It is a dangerous, difficult, seductive time: Europe is about to explode, and the Parisians are living every night as though it were their last. As filming progresses, Stahl is drawn into a clandestine world of foreign correspondents, embassy officials, and spies of every sort. His engagements take him from the bistros of Paris to the back alleys of Morocco; from a Hungarian castle to Kristallnacht, and the chilling heart of the Third Reich. But can he survive as German operatives track him across Paris? Gripping, haunting, and deeply passionate, MISSION TO PARIS is the ultimate portrait of a people at war and Alan Furst’s most panoramic, lovingly described, and finest book to date.