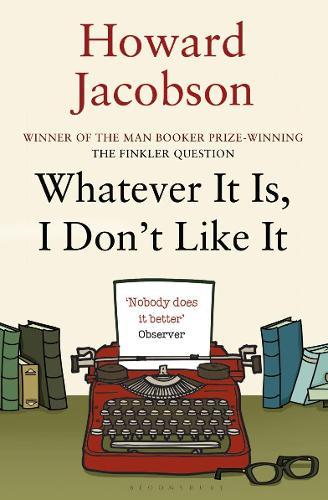 It takes a particular kind of man to want an embroidered polo player astride his left nipple. Occasionally, when I am tired and emotional, or consumed with self-dislike, I try to imagine myself as someone else, a wearer of Yarmouth shirts and fleecy sweats, of windbreakers and rugged Tyler shorts, of baseball caps with polo players where the section of the brain that concerns itself with aesthetics is supposed to be. But the hour passes. Good men return from fighting Satan in the wilderness the stronger for their struggle, and so do I. The winner of the 2010 Man Booker Prize, Howard Jacobson, brims with life in this collection of his most acclaimed journalism. From the unusual disposal of his father-in-law’s ashes and the cultural wasteland of Chitty Chitty Bang Bang to the melancholy sensuality of Leonard Cohen and desolation of Wagner’s tragedies, Jacobson writes with all the thunder and joy of a man possessed. Absurdity piles upon absurdity, and glorious sentences weave together to create a hilarious, heartbreaking and uniquely human collection. This book is not just a series of parts, but an irresistible, unputdownable sum which triumphantly out-Thurbers Thurber.

END_OF_DOCUMENT_TOKEN_TO_BE_REPLACED

The Art of Happiness: A handbook for living

We Had It So Good

The Death of King Arthur