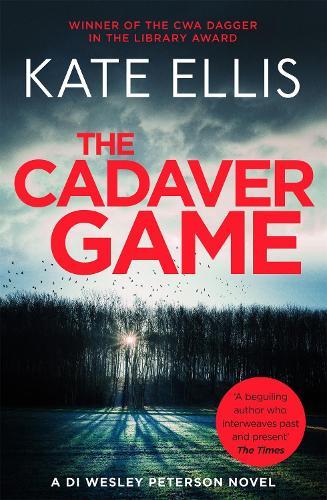 When the decaying body of a murdered woman is discovered in a suburban house following an anonymous tip off, DI Wesley Peterson has problems establishing her true identity. But as he tries to break through what seems to be a conspiracy of silence and find out more about the mysterious woman, he has another more disturbing case to investigate. The naked bodies of two teenagers have been found with shotgun wounds at the foot of a cliff. As Wesley searches for the truth, both his cases become stranger, especially when he finds a link to a sinister manhunt mirroring events from the time of the Napoleonic Wars. Why did the teenage victims take part in an online game called Blood Hunt which they were eventually persuaded to play for real? And could there be a connection between recent events and archaeologist Neil Watson’s strange encounter with the world of conceptual art? Then a skeleton is found near the place where the dead teenagers were last seen alive and Wesley finally has to face a terrible truth…and a hunt to the death.