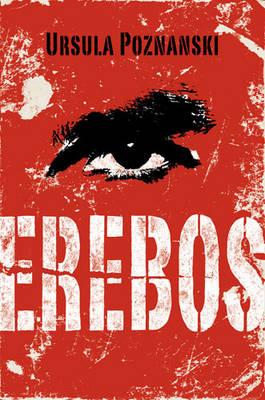 ‘Enter. Or turn back. This is Erebos.’ Nick is given a sinister but brilliant computer game called Erebos. The game is highly addictive but asks its players to carry out actions in the real world in order to keep playing online, actions which become more and more terrifyingly manipulative. As Nick loses friends and all sense of right and wrong in the real world, he gains power and advances further towards his online goal - to become one of the Inner Circle of Erebos. But what is virtual and what is reality? How far will Nick go to achieve his goal? And what does Erebos really want? Enter Erebos at your own risk. Exciting, suspenseful and totally unputdownable.

Nick doesn’t know why everyone at school is acting strangely, but he’s not used to being left out and he’s determined to get to the bottom of it. When he notices his best friend isn’t returning his calls and is instead hanging out with the nerds, he starts asking questions, but nobody has any answers for him.

Only when he is given a CD does Nick realise what everybody’s been so secretive about: a highly addictive computer game called Erebos that spills over into everyday life. The rules state that nobody is to talk about Erebos, and if they follow the rules, they get rewarded. Soon it’s all that Nick can think about, and it begins to rule his life. The problem is that Erebos is powerful: it can help you out if you do what it says, but if you don’t, you’re in trouble.

Erebos won the 2011 Youth Literature Prize in its native Germany, and it’s not hard to see why. The plot is engrossing and sinister machinations of Erebos will keep you guessing. While the action is a little slow to get going, once it does you’ll be hooked.

This will have instant appeal to anyone with an interest in video games, though there’s no reason the dark and twisting world of Erebos can’t suck anybody in.