Why I want my sister to read Terry Pratchett

My sister turned 11 this year. She’s an excellent human with a wicked sense of humour who very much knows her own mind and I am stupidly proud of her just for existing. She’ll start high school soon and like any decent big sister who works in a bookshop I want to load up her mind with strong female role models to help prepare her for both high school and life. While I was looking for suitable titles, I noticed that though there are a lot of strong female characters in books for young girls, an infeasible number of them cover how to be a strong female only while having your heart broken by a boy (or two). I wanted something to show my sister there is a little more to life than that.

Tiffany Aching is a witch. Witches in the Discworld universe are practical – painfully so. They are the wise women of their villages. They’re feared and respected because if that’s what it takes to get people to move the privy away from the drinking well then so be it. They’re the ones who will do what’s right, not what’s nice, and they do not use magic, they use headology. (Headology is like a kind of psychology taken to the extreme. For example, a witch’s way of magically setting fire to a log of wood consists of staring at the log until it burns up from pure embarrassment.)

Here’s a summary of all the books in this series, and what I’m hoping my sister will get out of each one.

In the first book, Tiffany is nine years old and not yet a witch. But when the Fairy Queen kidnaps her little brother, Tiffany does the only thing she can think of: gets angry and storms into fairyland armed with nothing but a frypan for a weapon. She gets her brother back – and the Baron’s missing son while she’s there…

So many lessons! I want her to know that when bad things happen she doesn’t have to just wait around for someone else to come along and rescue her but rather, she can do the rescuing herself. There’s no such thing as ‘girls jobs’ and ‘boys jobs’. Also, I hope she sees to never be so proud as to not accept help when it’s offered. In the book, Tiffany’s help comes in the form of little blue Scottish pictsies who follow her throughout the entire series and who, incidentally, will make you snort with laughter.

A Hat Full of Sky

This book sees Tiffany battling with a body-snatching entity older than time itself. Tiffany triumphs through the use of empathy and her brain. I don’t think I’ve ever read a kid’s book, or even an adult’s book, where so much importance is placed on empathy. A Hat Full of Sky also has Tiffany face the Discworld equivalent of the bitchy high school clique.

I want my sister to read this and see that if she uses empathy to look at things from the point of view of an ‘enemy’, she’ll almost always find there is nothing there to hate. And that filling a life with less hate and fear should be a long-term goal that everyone has.

In Wintersmith, Tiffany acts on impulse and joins in the dark dance welcoming winter, causing the Wintersmith to become infatuated with her and creating a deadly, never-ending winter made up of billions of little Tiffany-shaped snowflakes. This is also the first book that features Nanny Ogg, a big, comfortable witch with a twinkle in her eye and ‘a grin that should have been locked up for the sake of public decency’.

I want my sister to see that it’s all well and good to act on impulse but be prepared to accept the consequences. And that our Nanna is too good to only exist in our reality and so she has been inadvertently immortalised in a series of 40 or so books!

I Shall Wear Midnight

The last book in the series, I Shall Wear Midnight, is my personal favourite. None of Pratchett’s books – adults or children – feature graphic sex or violence or even strong language. Anything more than kissing is referred to as ‘hanky-panky’ and any strong violence always happens ‘off page’. Yet despite this, I Shall Wear Midnight is quite a bit darker than the first books in this series. The ‘bad guy’ is something rare in a Discworld book: while almost all of Pratchett’s villains have at least semi-justifiable reasons for why they are the way they are, the Burning Man is pure poison – and he’s Tiffany’s to defeat.

Possibly my favourite thing about this book is that while all this is happening – and poor Tiffany is busy flying around trying to solve everyone’s problems (while learning that you actually can’t always solve everyone’s problems) – there is a cheerful guard at the castle who notices things. In the middle of all the chaos and darkness there is a small, unassuming and beautifully written thread of light that leads to one of the best endings I’ve ever read.

From this book I want my sister to learn two things. Firstly, poison goes where poison is welcome – if you are negative about life you will attract negative people and that is a spiral that can be really hard to break out of. And finally, don’t go looking for love – love will come from the most unexpected of places at the most unexpected of times. 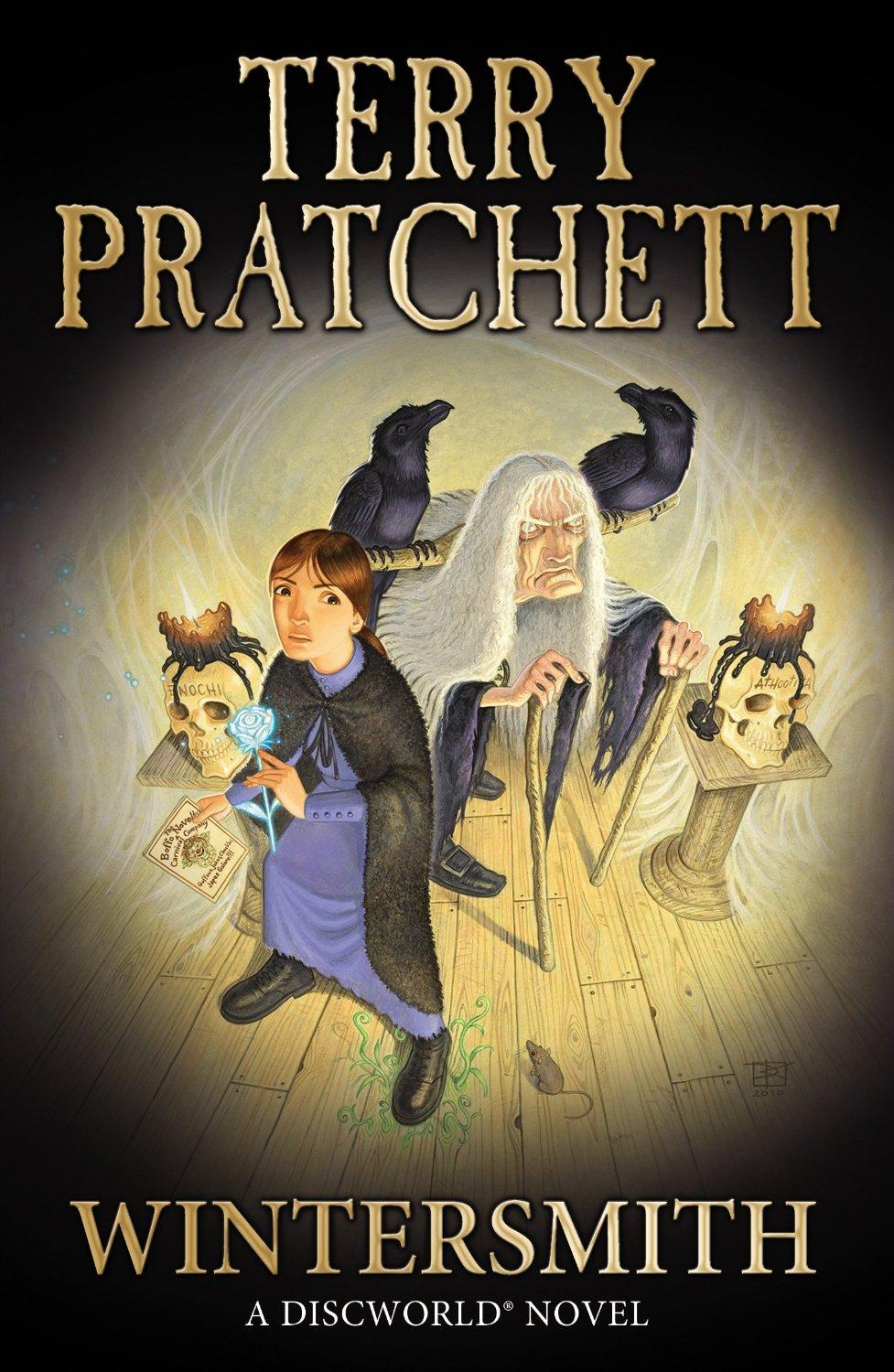