Which kids book should I read on the holidays?

The school holidays are a wonderful time to sink deep into reading for pleasure. Here are our suggestions of books to entertain, enthral and inspire young readers during their leisure time.

This vibrant and colourful picture book will send pre-schoolers rushing into their own backyards to look for creepy crawlies. First Nations author and illustrator Dr. Helen Milroy presents worms, crickets, ants, spiders, butterflies and more with rhyming text and bold illustrations. As well as spotting insects, we can almost guarantee that kids will be inspired by Backyard Bugs to paint their own pictures of the bugs they find around their house.

Sally Rippin and Chris Kennet’s wonderful new junior fiction series creates a world of fun for beginner readers! There are four illustrated chapter books introducing some of the decidedly un-scary students who attend the School of Monsters - Mary and her cool (but very hungry) pet; Jam-obsessed Sam; big-footed Pete; and twin monsters Deb and Dot.

Amari and the Night Brothers by B.B. Alston

Amari Peters' older brother Quinton has been missing for six months, and there are few clues about what happened to him. But then Amari receives a mysterious delivery - supposedly from Quinton himself - and she is persuaded to enter a summer program at a covert supernatural organisation, the Bureau of Supernatural Affairs. Amari tries to stay focused on finding out what happened to her brother, but soon gets swept up in the Bureau’s battle against an evil magician. This is the thrilling first book in one of the most exciting new fantasy series out this year!

The Detective’s Guide to Ocean Travel by Nicki Greenberg

Pepper Stark’s father is the captain of the RMS Aquitania, a huge luxury liner, and finally Pepper is allowed to join him on his journey! Pepper promises to be a perfectly well-behaved young lady, but when she meets a motley pack of on-board friends they find themselves in the middle of an intriguing mystery involving the theft of a rare diamond, haughty Broadway stars, circus performers, swindlers, leopards, and more. This classic closed-room (or is that closed-boat?) whodunnit will please all young amateur sleuths and fans of historical mysteries.

The first book in the Home Time saga ended with a disastrous tea ceremony which left six kids lost, scared, confused, and even burnt. Now the children leave the relative safety of Peach Village in search of medicine, answers, and hopefully, a way home. Equipped with a living map, a flask of hallucinogenic tea, and a plan so stupid it just might work, Lily, Amanda, Ben and Nathan will have to pull together at the very time they’ve drifted the furthest apart. Award-winning graphic novelist Campbell Whyte returns with another quirky adventure that pokes loving fun at fantasy tropes and showcases his amazingly chameleonic illustration abilities.

The Smartest Kid in the Universe by Chris Grabenstein

When twelve-year-old Jake McQuade raids a bowl of jellybeans at the hotel where his mom works, he has no idea that he’s actually eaten experimental Ingestible Knowledge pills being developed by scientists. Before long, Jake is the smartest kid in the universe. Together with his brainiac friends Grace and Kojo, Jake navigates the competitive quiz bowl scene, shady adults, top-secret work for the government, and trying to save his school by solving a pirate treasure mystery. This is the first book in a new series by Mr Lemoncello’s Library author Chris Grabenstein, and it is full of puzzles, wild capers and genuine laughs.

When their parents have to travel to Beirut unexpectedly, twelve-year-old Akeal and his six siblings are left behind with dreaded Aunt Amel as their babysitter. Things do not go well, and Akeal’s cheeky little sister, Huda, hatches a bold plan to escape. After stealing Aunt Amel’s credit card to buy plane tickets to Lebanon, Huda persuades her reluctant big brother to come with her. So begins Huda and Akeal’s hair-raising journey to reunite with their parents half a world away, in a city they’ve grown up dreaming about but have never seen. Funny, sweet and full of action, this adventurous tale explores the importance of family, culture and sibling love.

My Name is Tani by Tanitoluwa Adewumi (with Craig Borlase)

Tani Adewumi is eight when his Christian family are forced to flee Boko Haram’s reign of terror in Nigeria. The prosperous family seek asylum in America, and after several moves and false starts, end up in New York City. After eighteen months, the family still lives at a shelter, unbeknownst to Tani’s schoolmates. One day Tani asks his parents if he can join the chess program. After meeting Coach Shawn and securing a scholarship, Tani shows a natural talent for the game. He pursues his new pastime with passion and hard work and eventually ends up at the state chess championship. This powerful memoir details the grit and resilience of a young boy, and how his love of chess changed the future of his entire family. 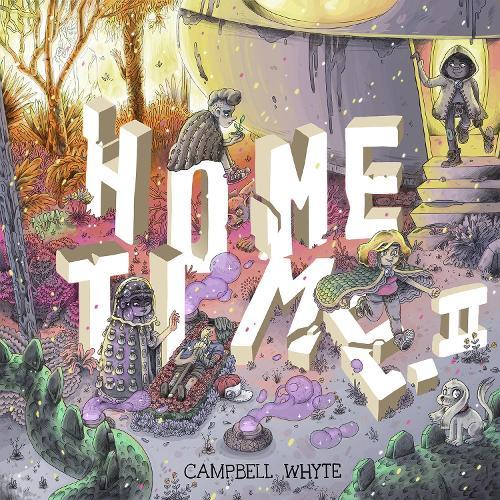