Loner is the winner of the 2019 Text Prize, and it sits right at the intersection of upper YA/adult fiction – it’s Daria meets Simmone Howell with a sprinkling of Sally Rooney. A slice-of-life kind of novel, Loner follows its main character, twenty-year-old Lona, through a year when she’s drifting from one thing to another, trying to figure out who she is, what she wants, how to make art, and how to live in the world. Young has a distinctive writing style, and her deadpan, cynical, understated tone grabbed me right from the opening pages. Whip-smart and funny, I loved every page of this debut.

There may not be anything in the world I enjoy more than a speculative fiction anthology, so it’s a real treat to read one solely by Australian First Nations writers and writers of colour. After Australia has got it all – emerging and established writers, alternate colonial pasts, weird almost-presents, very near futures – and it makes for entertaining, sobering and extremely validating reading. I loved Hannah Donnelly’s funny and blunt interludes so much I read all of her pieces first, and I’ve still got about six of the other eleven stories left to read. Having already been introduced to white flu, a Sydney overrun by ibises and an Elder-driven ship travelling through spacetime, I’m really looking forward to reading the rest of After Australia – it’s perfect lockdown reading.

I’m also pleased to see that Fremantle Press will be publishing the anthology Unlimited Futures: Speculative, Visionary Blak+Black Fiction next year (edited by Rafeif Ismail and Ellen van Neerven). This is the kind of Australian publishing and writing I really look forward to.

Chris Gordon is reading We Were Never Friends by Margaret Bearman

Set in Canberra and encompassing a family drama, a complicated friendship and a legacy that can never be filled, this novel illustrates the great Australian class divide. The story is told through Lotti, the privileged daughter of a world famous artist, and depicts her relationship with Kyla, the school misfit. When Lotti’s family take Kyla into their home, the consequences – both short- and long-term – are devastating and intricate. Read this novel if you want a homegrown drama. Read it if you’re looking for something with a sharp edge that depicts power dynamics, parenting roles, artists and masculinity. Read it because fictional people’s problems are just the ticket right now.

Dani Solomon is raving about the new adaptation of The Baby-Sitter’s Club by Ann M. Martin

First up – I have so many things to say about this show if I were to write all my excited thoughts down they would be as long as the novels themselves (which were admittedly, not that long). So, here are just some of my favourite moments…

1. Kristy’s mum (Alicia Silverstone!) is looking for a last-minute sitter and her two teenage sons immediately say no. Kristy starts to think about changing her plans, but her mum tells her she shouldn’t have to try and rearrange her life, especially if her brothers didn’t even hesitate to consider doing so.

2. It turns out Mary-Anne’s (white) dad isn’t purposely keeping her in braids out of a creepy desire to keep his daughter a child forever. In fact he’s surprised when he asks if she can change and pretty much tells her: ‘Your body your choice’. He only put her hair in braids because that’s all her (black) mother taught him to do before she died.

3. Dawn. Everything about Dawn. Dawn was the most forgettable character for me in the books but I reckon she’s one of my favs in the TV show.

4. Jess and Mallory joining the gang.

5. Claudia’s Mimi. I loved Mimi so much in the books and I love her even more in the TV show. I really appreciated how they explored her time in a Japanese Internment camp in a natural way. Speaking of which…

6. How they talk about Big Topics is a Really Organic Way in general. Internment camps, trans children, cyber bullying, getting your period – all of these topics would have been flagged as ‘special episodes’ if they were on TV in the 90s but in the reboot, they’re just part of the flow of the show.

7. The Witch. Dawn’s aunt is a witch – a self-described one – but as she explains, ‘a witch is a name that’s come to be used for people, primarily women, who refuse to conform to society’s expectations of who they should be’. Step over Sabrina, THIS is the kind of witchcraft I’m signing up for…

8. And oh, just the whole show. It’s so wholesome without being cloying or boring. It’s just the best and exactly what I need to keep me going through the next six weeks of lockdown. 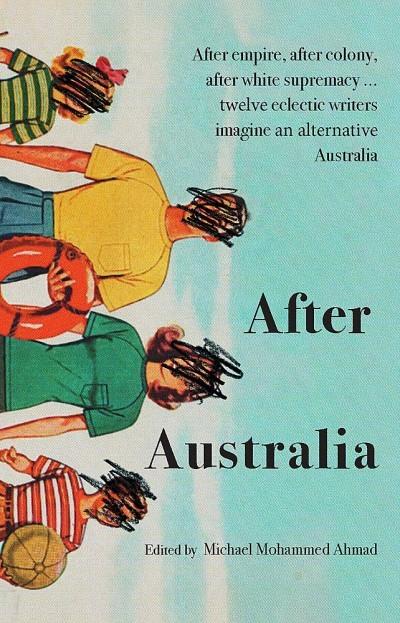