This book…. Oh man, I LOVED this book. The Other Side of Summer is Emily Gale’s new novel for readers aged 11+. It tells the story of Summer and her family, who are trying to recover from the tragic death of Summer’s older brother, Floyd. Summer’s father has decided they need to move from England to Australia for a fresh start, and once in Australia, Summer discovers a mystery she has to solve, which involves Floyd’s treasured guitar. Gale balances and interweaves the narrative elements of the novel beautifully, and she writes like a dream — there were so many lines I wanted to underline or go back to later.

This is a book that touches on grief and death, and you can read this terrific article on why Gale thinks writing about death for kids and teens is important. I’m not going to lie — I cried while reading The Other Side of Summer, many times. But if you don’t like sad stories, don’t let that put you off because the novel is also delightfully funny, and ultimately uplifting in exactly the right way. Every relationship feels true and important, and I cared so much for Summer and her family right from the very start. There’s also some excellent, heartbreaking mother-daughter angst in this book, and I am total sucker for mother-daughter angst.

If you enjoy reading literature for young people, or you know a young person who enjoys literature, this is the book you should be reading (or buying for them to read). Highly recommended.

Ed note: We’re launching this novel next week at our Hawthorn shop. Find out more here.

I love cooking, but my budget is fairly tight, and my heart often starts racing at the sight of long, hard-to-find-and-often-expensive ingredients lists (sorry, Ottolenghi). Nothing makes me happier than using up what’s already in my pantry, so my latest obsession is this extraordinarily clever book by Eve O’Sullivan and Rosie Reynolds.

The Kitchen Shelf is built around a fool-proof formula – stock your pantry with 20 shelf essentials (think salt, pepper, olive oil, onions, etc.) and then add 10 key ingredients (such as eggs, pasta, canned tomatoes). These 30 versatile ingredients will not break your budget, and Eve and Rosie have built an entire book of recipes around using only them plus up to two extra ingredients from the shop. Two! You wouldn’t even need a shopping bag.

The recipes are varied and tasty – coconut rice with salmon and corriander sauce, roasted sweet potato, chickpea, and tomato stew with garlic yogurt, salted caramel millionaire’s shortbread. Plus, it’s a Phaidon cookbook, so of course the book itself is an incredibly beautiful object with bright colours, clean and helpful graphics, and (most importantly) deliciously inspiring photos of the food that you’re about to make!

I am currently reading this sci-fi novel by Steve Toutonghi, in which individuals or ‘solos’ can link together to create a single consciousness. When Chance Five gets sick with cancer, Chances One through Four feel an overwhelming sadness. Chance Three is a doctor who after work one night goes to a local diner and meets Rope, a scary character who has had up to twenty-five joins, but has been murdering them in various ways, including drinking them to death.

I’ve only just started this fascinating book and can’t wait to see where it goes.

I’ve just finished Guy Gavriel Kay’s Children of Earth and Sky – and what a very satisfying ending it was, like watching the last pieces of a jigsaw puzzle click into place.

If you’re new to Kay’s work or want to try a fantasy epic without committing to a multi-book series, this is a wonderful place to begin.

Those of you already familiar with Kay’s books will be equally delighted. His characters are as vividly appealing as ever and the plot is deliciously thick. There are desperate spies, devout pirates, fierce janissaries, clever merchants, a cantankerous ex-empress, and one very nervous artist. This story is Kay’s signature ‘history with a quarter-turn to the fantastic’, set in a slightly-altered but richly-described Renaissance Europe. The names are changed but you’ll recognise places like Venice, Dubrovnik, Prague, and Constantinople.

So what’s the fantasy element, you ask? It’s light-handed. Kay has blurred the boundary between the living and the dead in his story, often pushing this idea to subtle and haunting effect. Strange and poignant echoes bubble up from the past and add to the political intrigues of the present. It’s elegant writing, and gripping. As I neared the final chapters I had to be extremely stern with myself about coming back from lunch breaks on time!

This week I read and fell in love with Jackie Kay’s Trumpet. This novel was originally published in 1998, and has just been re-released this year in the Picador Classics range with an introduction by Ali Smith. I devoured the book and was devoured by it.

Trumpet is about a character who is biologically a woman, yet lives and passes as a man for his entire, and world-famous and very public, adult life, from Glasgow in the 1950s to London in the 1990s. It’s also about grief and loss, and love and life. It’s about falling in love with someone again and again throughout a life shared. It’s about talent, musical genius and jazz. It’s about identity, race, diaspora, family, longing and belonging. By page 20, I was in tears; it made my heart swell, my skin bristle, my soul yearn.

I’ve been reading Riad Sattouf’s The Arab of the Future, first of four volumes projected to cover the early years of this now French-based graphic novelist.

I loved this book for the way it peels off the nostalgic veneer of childhood. Beginning in the early 1970s, this book charts the artist’s restless childhood moving between Paris, Libya, Brittany and Syria. The periods in the Arab world are confronting in their banality, as the family endures the grim realities that Riad’s idealistic father seems not to notice, or is very adept at ignoring. (In Gaddafi’s Libya for example, there was ‘no private property’, so houses had no locks. If you left your house in the morning, someone else might have moved in by the time you returned.) Meanwhile, the brief periods when the family returns to France are freighted with a kind of despair, always destined to be frustrated. And yet this episodic tale is also funny and poignant.

If you have seen Sattouf’s feature film The French Kissers (Les Beaux Gosses) you will know he has a knack for awkward comedy. It’s no less the case here as life for little Riad is one long rude awakening. The Arab of the Future is not so tightly written as Maus or Persepolis or Dotter of Her Father’s Eyes. Still I can’t wait for the second book to see how his parents' woefully lopsided marriage evolves, how the French and Arab strands of Riad’s world shape him, and what rough music he faces next. 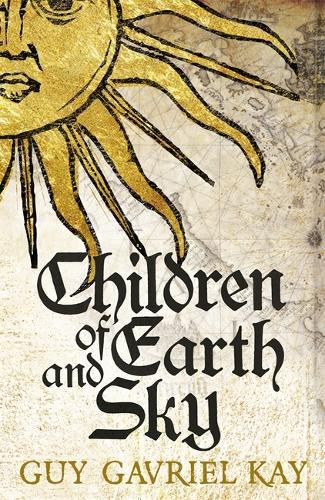