Robbie is reading Flash Boys by Michael Lewis & Made to Break by D. Foy

I am reading two very different books. The first, Flash Boys, tells the story of high frequency trading on the US stock market. It sounds dull, but Lewis is a master at bringing the elements of a thriller to his non-fiction. It reminds me a lot of his bestseller Moneyball in the way it delves into an issue of systemic unfairness through the eyes of a few key protagonists. It is a cracking read.

Made to Break is an entirely different beast. It is a novel set in a house at Lake Tahoe, where a group of friends have gathered to finish off a bender before one of them takes to corporate life. The prose is what reviewers like to call ‘incendiary’ – I’ll skip such descriptions, suffice to say it reminds me of what it felt like when discovering Kerouac and Hunter S. as a young man. It is debauchery wrought new, in prose that is as assured as it is adventurous. Give it try folks, it’s a beauty.

Delia and Nora Ephron grew up with a mother who told them “That’s a great line. Write it down” whenever they said something smart or funny. The lesson paid off, because reading both Nora and Delia is an exercise in wanting to note down every great line they’ve written.

I’ve long been a fan of Nora’s writing, and this is my first foray into Delia’s work. A collection of essays covering everything from grief to romantic comedies to dogs, there’s a lot to love here. My favourites were ‘Losing Nora’ (a beautiful piece not just on the experience of losing a sibling, but also a fascinating insight into Delia and Nora’s professional and personal relationship), ‘Blame It On The Movies’ (where Delia provides an entertaining recap of all of her romantic mistakes in her twenties), ‘Bakeries’ (on what it means to have it all) and ‘Why I Can’t Write About My Mother’ (on the complex relationship we have with our parents).

Delia writes “cleverness, highly valued in my family, was sometimes mistaken for or confused with wisdom.” In this collection, Delia proves herself to be both clever and wise.

Fiona is watching The National: Mistaken for Strangers

As an enormous fan of The National, I’ve enjoyed listening to their albums on endless repeat, learning (and then immediately forgetting) their beautiful nonsense lyrics, and seeing them live and hoping that lead vocalist Matt Berninger will come over and sing in my face so I can pretend to be cool but in fact break down in giddy tears. Anyway, it hasn’t happened yet, but an intimate look at the band’s lead singer can be found in this amazing little documentary, made by Berninger’s younger brother, Tom.

With the band made up of two sets of brothers and then Matt, people often joke with him about being the one without the brother - but he has one, though Tom is a death metal fan, not that fond of his brother’s indie rock. But Tom’s also a budding filmmaker, so when he escorts the band on tour as a roadie he brings along his camera, sometimes in favour of doing his actual job, and while filming The National he shows a much more interesting story than tour buses and onstage wine - that of the relationship between the Berningers, one successful, and one wishing he was.

Possibly self-aware, always entertaining, and with a killer soundtrack, I adored every one of the seventy minutes I saw, and love all of the band’s members even more than I did before. 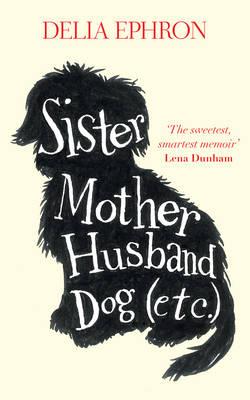