Staff share what they’re planning to see at the Melbourne International Film Festival (MIFF) this year. You can find the full program here.

We’ve also prepared a quick ‘at-a-glance’ guide to the program for the time-poor, shared our top picks for book lovers, and compiled a list of family-friendly films.

I’m a sucker for space, conspiracy theories and mockumentaries, so Operation Avalanche kind of looks like it was made for me. The director Matt Johnson actually had the chutzpah to smuggle his crew into NASA during the making of this film, which adds a wonderful feeling of authenticity to an otherwise hilariously improbably premise. I’m also booking tickets for Girl Asleep which takes the awkward-teen narrative of Napoleon Dynamite, pairs it with the gorgeously composed, colour-soaked cinematography of a Wes Anderson film, and plonks it into 1980’s suburban Australia.

I particularly love MIFF for its documentaries, so both Everything Is Copy (Jacob Berenstein’s film about his mother Nora Ephron), and Louis Theroux: My Scientology Movie are high on my must-see list.

Nina Kenwood is ALL about documentaries in 2016.

This year, I’m all about the documentaries. I am a huge Nora Ephron fan, so Everything Is Copy is a must for me. Louis Theroux: My Scientology Movie is another no-brainer. Audrie & Daisy, about two teenage girls who have been sexually assaulted in similar circumstances, looks harrowing and important. I’ve heard great things about Weiner, a doco about disgraced Congressman Anthony Weiner who is infamous for his sexting scandals. Beware of Slenderman examines the online phenomenon of Slenderman and how it led to a real life murder – I’m expecting it to be fascinating but terrifying. A Syrian Love Story looks heartbreaking. Finally, Tickled – about competitive endurance tickling – looks completely bonkers.

Outside of documentaries, I’m very excited about Joe Cinque’s Consolation. I loved the book, and I’m eager to see how they’ve turned it into a film. I always see a few American indies at MIFF, and this year I’m looking forward to Lovesong, Certain Women and The Family Fang. Finally, The Handmaiden is a film from South Korea described as an ‘erotically charged adaptation of Sarah Waters’ Fingersmith – I’m in.

Stella Charls is completely blown away by this year’s program.

I am very excited for MIFF, and completely blown away by the line-up this year. Making decisions isn’t a strength of mine, but there are some films that led me to squeal more obnoxiously than others as I poured through the 345 titles in the program.

There are some incredible new streams this year, including Headliners, a grouping of the most anticipated festival hits and award winners from around the world. Olivia Assayas’ Personal Shopper, Bruno Dumont’s Slack Bay, Nicolas Winding Refn’s The Neon Demon and Terence Davies’ Sunset Song are all on my wishlist. (Davies is a guest of the festival this year).

Virtual Reality (VR) is a curated program exploring the intersection of screen, storytelling and technology, with VR experiences presented from both Australian and international filmmakers including festival guests Jessica Brillhart, the principal filmmaker for VR at Google, and Eric Darnell, the writer and director of the Madagascar films and immersive cinema pioneer.

The new Dance on Film stream looks amazing – I can’t stop watching the trailer for Celia Rowlson-Hall’s dialogue-free Ma (‘Proudly feminist… a visually poetic story for the ages’), and am keen to see the Australian documentary Ella, about the Australian Ballet’s first Indigenous dancer.

There are many documentaries that jump out at me. I’ve been looking forward to Weiner for such a long time, as well as Robert Green’s Kate Plays Christine. I loved Green’s Actress at MIFF last year and his new offering forms part of MIFF’s specific Documentary/Drama stream. It’s one of two films in MIFF’s program this year about Christine Chubbuck, a television journalist who committed suicide live on air, and both sound fascinating. The second one is Christine, a biopic rather than a documentary starring the always amazing Rebecca Hall.

Finally, the Closing Night Gala pick, Hell or High Water, sounds like so much fun, an ‘anti-glam pseudo-gangster crime film with a western vibe’, with a screenplay by Taylor Sheridan (who wrote Sicario, one of my favourite films from last year). Sign me up.

I love that this year MIFF have a Dance on Film program stream. Choreographer Celia Rowlson-Hall’s feature debut Ma – a contemporary, choreographic road movie re-imagining of the Virgin Mary’s story – looks strange and beautiful. It’s definitely on my wishlist.

I’m also intrigued by this year’s Gaining Ground: Take Notice program stream, which features films from trailblazing female directors working in New York in the 70s and 80s. I’ve thrown A New Leaf (a ‘madcap and macabre romantic comedy’ from Elaine May) and Girlfriends (Claudia Weill’s ‘criminally overlooked ’ narrative feature debut) on my wishlist. MIFF also have a Seeking Refuge program stream, which feels like urgent and necessary viewing. I think Sonita will be a stand-out from this line-up. This documentary about a 14-year-old Afghan refugee living in Iran who dreams of becoming the next Rihanna actively ‘blurs the line between observation and involvement’.

Other films on my shortlist include two literary-inspired picks: Sunset Song is Terence Davies' adaptation of Lewis Grassic Gibbons' novel that looks stunningly beautiful, and The Handmaiden is an adaptation of Sarah Waters' Fingersmith from South Korean director Park Chan-wook that looks deeply unsettling.

Next year, I’m hoping I’ll be able to wrangle time off when MIFF is on. I know of people who’ve planned their days around films and bar hops from venue to venue – I am envious. This year I’ll have to be satisfied with making the time to squeeze in just a few of the Festival’s offerings between work and family commitments. To make most of MIFF, I think I’ll curate each experience with themed wining and dining.

For example, I’m intending to see A Hologram for the King. This film is inspired by Dave Egger’s novel and I expect the lead, Tom Hanks, will do a fine job at playing a displaced businessman stuck in the heart of the Middle East. Prior to my viewing a martini is in order, followed by a feast of Middle Eastern food. I’m also hoping to see French film, Things to Come, paired with an exquisite Côtes du Rhône and a simple feast of Coq Au Vin.

MIFF runs from 28 July to 14 August and you can find the full program here. 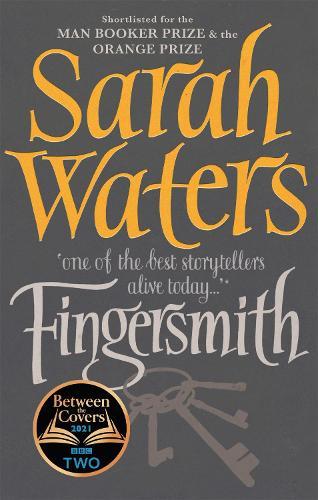