What has changed in children’s books over the past 20 years?

Next Monday is the 20th anniversary of the publication of Harry Potter and the Philosopher’s Stone! To mark the occasion, we asked three of our staff members to reflect on what’s changed in children’s books over the past 20 years. Here are their responses.

‘Harry Potter came along at a time when the children’s section of the bookshop I worked at was populated almost exclusively with mass-produced mega-series like Goosebumps, The Babysitter’s Club, Sweet Valley High, etc. I remember Harry Potter feeling like a breath of fresh air among all these slim volumes. It had a strong storyline, engaging characters, a fully realised magical world, and was beautifully written to boot. It felt like the kind of classic children’s book that I could comfortably recommend to parents and grandparents, while also being confident that it was fresh and exciting enough to appeal to modern young readers.

It was incredible to see the change it wrought on the kids book industry. When I started in books, the children’s section was this overlooked, under-appreciated collection of books, and the kids 'specialists’ were basically the casual staff-members tasked with picking books up off the floor at the end of each day. If you weren’t paying attention, it might have seemed like nobody read the books or cared about them – except the kids themselves.

These days the children’s section is one of the most important departments in any bookshop, full of amazing authors and shelves packed with diverse, confronting, engaging books that challenge readers of all ages. I firmly believe that this happened because the success of Harry Potter forced grown-ups to stop overlooking and underestimating younger readers. It forced them to acknowledge that kids were starved for good content, but could be voracious if they were offered literature that was relevant and good quality.

The day I found out that the Harry Potter books were coming out with adult covers I could have cried – I think it marked the moment that I realised that children’s books were no longer looked down on as being ‘less than’ or inferior to books written for adults.‘

– Lian Hingee started her first job in the book industry at the age of 16, and never managed to leave. Over the past two-and-a-bit decades, she’s worked as a bookseller, bookshop manager, children’s book specialist and reviewer, book sales representative, YA Book judge, and is now the digital marketing manager at Readings.

'The greatest and most positive change in children’s and YA literature over the past 20 years is that we have started to recognise Indigenous Australian voices, and to talk about the wrongs committed in our past and present. Young readers today have access to stories that I didn’t even know existed when I was growing up, and many of these stories come from Australia’s first people. We have a long way to go still – change takes so long, and is so arduous and personal.

For now, I am incredibly grateful to those that have shared their stories in a variety of formats. I think often about the writings of Ruby Hunter and Aunty Joy Murphy, and how their words mark the beginning of a lengthy road to changing perception and achieving authentic equity.’

– Chris Gordon has been the events manager at Readings for 12 years. She was previously the manager of the YWCA Young Women’s Programs.

‘There have been so many changes since the publication of Harry Potter and the Philosopher’s Stone. Here are some of the most notable positive changes…

The Harry Potter books were the first kid’s books to notably dominate the bestsellers lists over several weeks. This caused bookshop owners, publishers and other book-trade-number-crunchers to take kid’s books seriously. Before then, they were usually considered slightly twee – the province of the new young girl staff member or good women in sensible shoes.

Harry Potter also made reading kid’s books as an adult acceptable, and even cool. While cross-over authors like Philip Pullman and Alan Garner already existed, they were seen as being more for dedicated 'bookish’ readers than the extraordinarily wide audience who would go on to read Rowling. It’s arguable that a lot of crossover YA genres (such as paranormal romance) have evolved directly due to this shift in thinking. I even suspect that the strength of the Australian YA community can be traced back here in certain ways.

In my experience, there was also something about J.K. Rowling’s genius that opened up pathways for young readers to trying other book types, not just fantasy. By contrast, I had found it was usually more difficult to persuade a young reader to test the waters outside of Roald Dahl’s wacky, subversive humour (I’ve been so grateful for David Walliams in recent years), or of R.L. Stine’s goofy horror. I’m still intrigued by how Harry Potter books open up the reader’s imagination, rather than simply inspire it to want more of the same.

There are also other changes I’ve noticed during my career that are probably more of a 50-year change, than a 20-year change – though Harry Potter was undoubtedly an influence.

One is that I feel the emphasis has moved on from questions like – ‘Is this a good book? Does it nurture a child?’ – to questions like – ‘Is this a good book? Do kids love it? Will it sell?’ This is always a hard balance to keep. In my early days working at The Little Bookroom in the 70s, we were not allowed to stock Enid Blyton! We did this despite knowing that we would lose sales, and to assure our customers that everything on offer was of a particularly high lit quality. It was a different world, definitely no Ninjago spin-offs!

I’ve also noticed a trend in picture books for them to be more concept- than narrative-driven. I’m sure this has something to do with the growing appeal of picture books for adults, and all I can say is thank god for Julia Donaldson!‘ 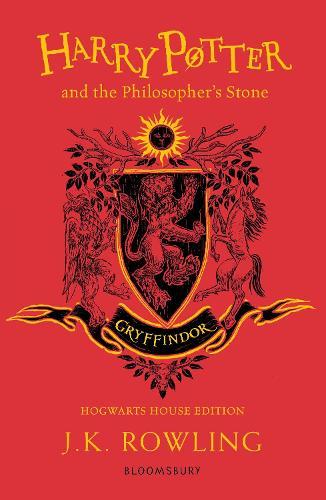