Earlier this week we roadtested different recipes from Monday Morning Cooking Club’s new cookbook, It’s Always About the Food. We invited the sisterhood to come in and select the best one and were thrilled that three members of the club (Lisa Goldberg, Merelyn Chalmers and Natanya Eskin) obliged – coming all the way from Sydney.

Here are the results of our office cook-off…

I chose this recipe as I’ve been eating a lot of cauliflower lately. It’s a fantastic low-carb option, and I wanted to try a new version – i.e. not just roasting but as part of a salad. It was quick and easy to prepare the cauliflower and pop in the oven. It did need a bit longer than the 20 minutes stated in the recipe to turn the required shade of brown in my oven, but I’m used to that. I used a potato peeler to ‘shave’ the pear, fennel and the lovely nutty pecorino cheese, all of which took no time at all. After a swift assembly on a platter it was ready to be dressed. I made up the dressing in a jar that has a secure lid so I could shake it up and add as needed. The cayenne certainly added a kick. I really enjoyed this salad and I think it will work well as a side dish all year round.

Judges' comments: The cauliflower salad was very well put together, with the pear beautifully sliced, and the combination of everything tasted completely delicious.

The guacamole and the baba ganoush were both a breeze to make. The recipes are straightforward and easy to follow. I did make one small change however. I used roasted garlic in the baba ganoush to add an additional smoky element to the dip, which in hindsight wasn’t required. Both dips will be featuring the next time friends or family come visiting, as they are simply delicious.

The corn torte was a little more difficult and having a corn cob stolen by Bella, our naughty border collie, certainly didn’t help. I suspect the addition of some tinned corn changed the consistency of the torte and made everything slightly too moist. The end result was slightly heavier than desired but when combined with the guacamole, which cut through the sweetness of the corn, the dish was a well-balanced snack.

Judges' comments: This dish was spicy and zesty, and the judge’s were particularly pleased with the chunky and rustic nature of the guacamole, which they said should never be made too smooth. The corn torte was made exactly as it is meant to be. The baba ganoush was deliciously smoky with a brilliant texture and flavour. It was ideal for scooping, and tasted so yummy it was impossible not to have seconds.

Describing this delicious concoction as a pâté may be a bit of a stretch. The dish really is all about food processor action, and for this reason, was super easy to make if a bit expensive. It is the type of starter you may consider making earlier in the day because the flavours intensify as they muddle in together. The end result is so delicious that my whole family licked the dish, the spoon, and then their fingers until I shooed them all away with a promise of making more on the weekend. I already know that this pâté will become one of my go-to recipes. Actually, I suspect that this entire book will quickly become a favourite in my home kitchen. It’s clear that all the recipes have been gathered together with love, family and friends in mind.

Judges' comments: The judges were absolutely blown away by this dish, saying that it tasted better than when they make it themselves. It had the perfect texture, the perfect seasoning and the perfect taste.

I returned home from an orchestra rehearsal last night at 10.30pm and dived straight into the preparation. I wasn’t looking forward to the late night but as I became more immersed in the process of cooking, I forgot about the time and started to really enjoy myself. It was a great way to wind down and before I knew it time had slipped away and everything was done (except the dishes!). The recipe was easy to follow and I wouldn’t have been surprised if a sleepy neighbour had knocked on my door for a taste test due to the delicious aromas wafting around my flat…

Judges' comments: The judges noted the presentation of this dish was outstanding. The taste was delightful, with the lentils in particular being full of flavour and made extremely well.

I have a particular weakness for mousse but this was my first time making it as I always suspected it was going to be difficult. But while there are lots of little steps to this recipe, I was very impressed by how accessible it was. I’ve had some previous kitchen disasters where I’ve ignored instructions to do things slowly so I was very careful to be patient this time and it definitely paid off. Folding the fluffy egg white mixture into the chocolate mixture was pretty cool as you could see the mousse becoming, well, mousse. The only change I made was leaving out the grand marnier (as I didn’t have this liqueur handy) but I don’t think this impacted too heavily on the final result which was delicious!

Judges' comments: The judges were so impressed by this dish, they scored it a 10/10. They said it was exceptional to taste, and had all the hallmarks of a perfect mousse: light, fluffy and filled with air bubbles.

I made the Crystallised Ginger Pudding, which is kind of like a Sticky Date Pudding, but with a crunchy almond crust, and a gorgeous gingery flavour. You serve it up with a yoghurt cream which offsets the sweetness beautifully. My partner’s not a big fan of ginger, but even he couldn’t resist the delicious smells emanating from the kitchen. Natanya says in her notes for the recipe that this pudding will convert any anti-ginger people, and I can now say with authority that it’s true.

Judges' comments: The ginger pudding was a visual delight for the judges – they noted the bubbly, crispy top was one of the best they’d ever seen on the dish. It was rich, flavourful and scrumptious to eat.

I’m not a regular baker and this was actually the first time I have ever made pastry so I was a bit nervous. But determined, I set forth to BAKE. After all, with such tasty ingredients as walnuts and honey, along with the beautifully clear step-by-step instructions explaining how to create the decadent filling and the biscuity pastry base – how could I go wrong? I loved making this dish and will definitely be adding it to my own personal recipe book of favourites for future use, again and again.

Judges' comments: The tart was straight-up wonderful. It was a sweet, crumbly, and a true joy to eat.

And the winners are…

We have signed copies of It’s Always About the Food available online, only while stocks last. 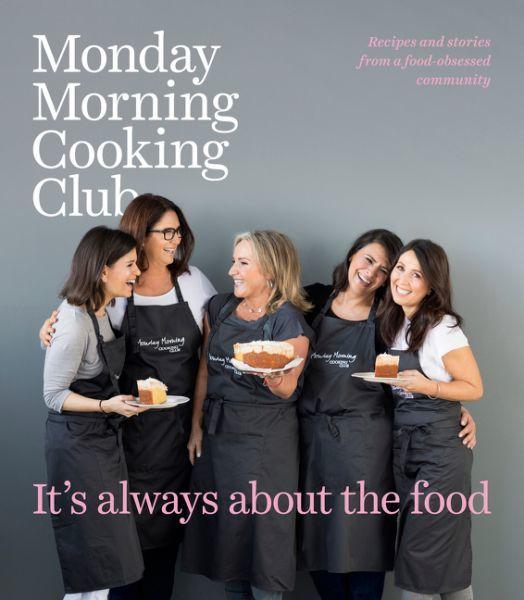 It’s Always About the Food