We test out recipes from Beatrix Bakes

Today we tested out a selection of recipes from Beatrix Bakes, the first cookbook from Natalie Paull, owner and chef of Melbourne’s iconic Beatrix cafe and cake shop! And Natalie herself came in to select the best one. Below are the results…

I was recently (and very generously) gifted a stand mixer and so I wanted to pick a recipe where I got to try it out, hence the Espresso Mashmallow. This particular dish also had the added benefit of being able to store in the fridge and serve cold, which allowed me to prep on the weekend for bringing into the office mid-week. Ultimately, I found this recipe very straightforward, if fiddly, and I loved using a candy thermometer as it made baking feel a bit like a science experiment. I also enjoyed the notes from Natalie about why you do need to follow everything exactly, because it made the fiddly parts make sense to me. Of course, the most amazing part is that the marshmallows I made actually taste like marshmallows – a minor kitchen miracle!

Judge’s comments: 5/5 for flavour, but they could have done with a couple more minutes mixing for texture.

These bars were surprisingly easy (I could dance and bake at the same time – the best way to bake). They also looked fantastic and tasted even better. I couldn’t get my hands on dark corn syrup, so used honey instead, and I’m glad to say it wasn’t foolish decision. One of my favourite flavour combinations at the moment is honey and salt, so this was a perfectly timed baking experience. I love the little extra tips and fixes that are scattered throughout the recipe, reassuring me that I wouldn’t be a complete failure if it didn’t go exactly to plan. I’m excited to try other recipes from this book!

Judge’s comments: The filling was perfect; biting into this bar was a treat. The base was paler than preferred.

I first heard about Beatrix when I began playing duets on weekends with a friend from orchestra. She’s been a regular since the bakehouse first opened and has been singing its and Natalie’s praises ever since. It has become our reward after rehearsing and I really miss it when we are too busy to meet up. I chose this recipe as I wanted to bake something I haven’t tasted from the shop.

The simple ingredients of walnuts, olive oil, flour and sugar form the foundation of this recipe. Add in some orange and cinnamon and you’ve a delicious blend of sweet and savoury. Gentle and tempting smells wafted through my kitchen as I prepared and baked and the end result was a wonderful soft, nutty shortbread not at all overpowered by the olive oil. The comments provided in the recipe such as ‘_it’s rare for anything to ever go truly awry_’ filled me with confidence. And if by chance it did go awry, there is a handy tip to re-purpose the bars – perhaps mixing it through some ice cream. I love how thoughtfully the recipes are written out and the introductory section is super helpful and sets the tone for the book.

Judge’s comments: Flavour and texture is perfect; it tastes like quality ingredients were used. A stand-out.

I have been making meringues since the beginning of time and I have never ever whisked my egg whites with castor sugar over a pot of simmering water for seemingly hours (apparently it was only minutes). ). Straight off the pot and into my mixer it went and then I added brown sugar. What is going on, I said to anyone that would listen. This is too much, I mumbled, too much. But you know what? Ten minutes later I had these meringues peaks like I have never seen before. Glossy they were, luscious even.

I cooked those little pearly mountains in a low heat for over for an hour and left them there overnight. And they are the very best meringues I have ever made. I enjoyed one for brekkie with a very strong coffee. My family would not let me take my whole batch to work. No, they said, flakes of whipped sugar on their lips, noooooooo!

And the winners are… 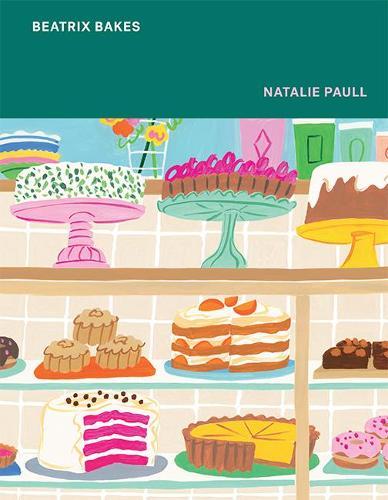