We were deeply saddened to learn of Agnes Nieuwenhuizen’s death last week. Our children’s bookseller Mike Shuttleworth, who worked with Agnes for many years, reflects on her work and lasting legacy.

Agnes died suddenly on 14 September in Woodend, Victoria. A champion of youth literature in Australia and tireless advocate of reading, she leaves a deep and lasting impression on Australian culture.

Before young adult literature had the cachet it enjoys today, Agnes was driven by her vision of giving young people the opportunity to explore the world through reading. She believed that without support for young readers today, there would be no readers for tomorrow. Agnes brought to her work a fierce intelligence, exacting standards and a deep commitment to young people’s culture.

The Australian Centre for Youth Literature grew out of Agnes’s own innovative Youth Literature Project, which had its first iteration in 1991 with the Victorian Writers Centre, then at St Martins Youth Arts in South Yarra. There, she was able to combine dramatic performance by young actors with appearances by writers including John Marsden, Isobelle Carmody, Melina Marchetta, Margo Lanagan and Maureen McCarthy.

Throughout her life, Agnes also published four books on young adult literature including a collection of interviews with Australian authors, and edited three books. She was a frequent reviewer and commentator for The Age, and was awarded the Dromkeen Medal in 1994.

Born in Tehran in 1939, Agnes is survived by her devoted husband John Nieuwenhuizen (a distinguished translator of youth literature), her children Max and Jackie, and six grandchildren. 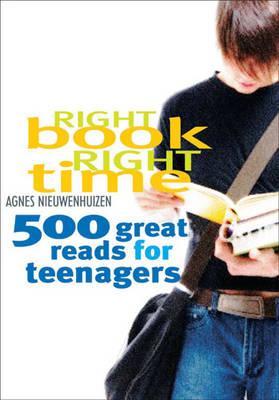