If you’re looking to read more works in translation this year, we’ve compiled a list of seven novels that bring you newly translated voices from around the world.

May 1814. On the island of Elba, the beekeeper Andrea Pasolini awaits the arrival of the defeated, exiled emperor, Napoleon Bonaparte. Pasolini’s first love is reading books on philosophy and apiculture – a secret, illicit activity he undertakes in his cellar at night. The defeated emperor is likewise fascinated. This novella meticulously interweaves historical sources with an imagining of the lives of two very different men.

He’s a trickster, a player, a jester. His handshake’s like a pact with the devil, his smile like a crack in the clouds; he’s watching you now and he’s gone when you turn. Tyll Ulenspiegel is here! With macabre humour and moving humanity, Daniel Kehlmann lifts this legend from medieval German folklore and enters him on the stage of the Thirty Years’ War.

Nearing the end of his life, Baron Bela Wenckheim decides to return to the provincial Hungarian town of his birth. What follows is an endless storm of gossip, con men and local politicians. Hailed internationally as perhaps the most important novel of the young twenty-first century, Baron Wenckheim’s Homecoming is the culmination of László Krasznahorkai’s remarkable and singular career.

Gina, the only child of a widowed general, lives a carefree existence in Budapest, even in the shadow of the Second World War. But when she is sent to boarding school, she finds herself ostracised and desperately unhappy. All she can do is entrust her fate to the mysterious Abigail, a statue of a woman in the school grounds, to whom the pupils confide their troubles in handwritten messages. But who is the mystifying figure behind Abigail, who wishes her well?

Europe has closed its borders. Refugees have no future, and no hope. But when star presenter Nadeche Hackenbusch comes to film at the largest of the swelling camps, one young refugee sees a unique opportunity: to organise a march from Africa to Europe, in full view of the media. This is a devastating, close-to-the-knuckle satire about the haves and have-nots in our divided world.

The Doll by Ismail Kadare (translated by John Hodgson)

At the centre of young Ismail’s world is the unknowable figure of his mother. Fragile as a paper doll, she is an unlikely presence in her husband’s great stone house. But she is not without her own enigmas. Dedicated to the memory of his mother and circling back to his childhood in Albania, The Doll is Ismail Kadare’s disarming tale of home and creative longing, and of personal and political freedom.

For two years, twenty-eight-year-old Kim Ayami has worked at Seoul’s only audio theatre for the blind. But now the theatre is shutting down and Ayami’s future is uncertain. In the inescapable, all-consuming heat of Seoul at the height of the summer, the edges of reality start to fray. Untold Night and Day is a high-wire feat of storytelling that explores the possibility of worlds beyond the one we see and feel. 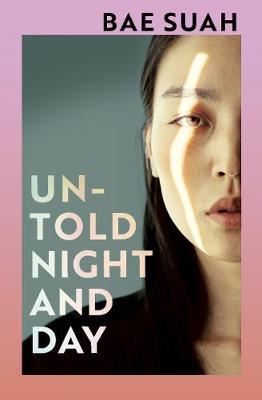