The story of my book: Archipelago of Souls

It might these days be fashionable to say it but nevertheless the seeds of all of my books have begun in walking. The trigger for my new novel Archipelago of Souls lies in a pretty arduous but wonderful walk I took around the island of Crete back when I was still at university. My eyes were opened in many ways during those days, not only to the sea-lit slopes and valleys of the classical world of Minoan and Homeric myth, but also to the more recent events that occured on the island when Australians fought alongside the Cretans, and the Kiwis and British, in the Second World War.

It’s taken me years to find a way but I knew back then that the idea of a relatively raw young Australian man being thrown into such a historically layered yet awful situation, was something I would write about. I’ve made constant sketches since, scribbling down many notes on the different yet strangely similair landscapes of the Mediterranean and where I live on the southwest coast of Victoria, and comparing the young myth-seeking culture of Australia with the ancient myth-bound society of Crete. What happened back in 1941 when these two cultures intersected in such dramatic circumstances? I wondered. What happened on the inside?

A soldier returning from war is one of the oldest story-tropes on earth. I think of The Odyssey as an ancient example but I wanted to express a new iteration of the theme, which juxtaposed that classical world with the reality of a grounded Australian perspective. We don’t romanticise Greece like they do at Oxford and Cambridge, or if we do, we do it in a different way. When Australians suddenly found themselves fighting a war in the birthplace of western myth their reactions were varied but predominantly they were visceral, realistic and life changing. That’s why they got on well with the locals on Crete and it’s also one of the reasons why post-war immigration to Australia from Greece has been so influential and successful.

With my central character returning to live on King Island, Archipelago of Souls is also a continuation of the exploring of my home coastal landscapes of Bass Strait, which really are the overiding creative force of my work, not only in my three Mangowak novels, The Patron Saint Of Eels, Ron McCoy’s Sea Of Diamonds, and The Grand Hotel, but in my music and poetry as well. The sky here for me is a proscenium arch, the world a natural theatre. For mysterious reasons stories come alive for me here and the scenes in the book on King Island, and around the lakes near Colac and the cove of Lorne, are indicative of that I hope.

Come hear Gregory Day talk about his book at our Carlton shop on Thursday 9 July. Find out more here. 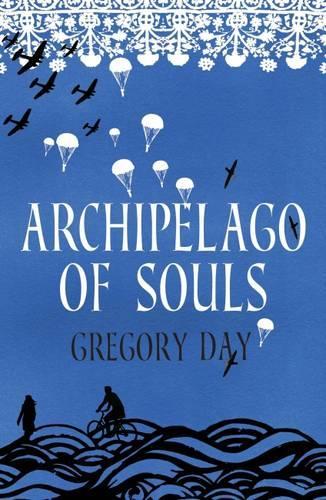