Bonesland is an Australian YA debut that digs into the small-town agonies of adolescence. Author Brendan Lawley tells us why he wrote this book, and who he hopes will read it.

When people find out you wrote a book, you hear the same things:

‘Cool, where’s my free copy?
‘What’s it about?’
‘How long is it?’
‘How long did it take you to write?’
‘How much money will you make?’
‘Is it actually getting published or did you just pay for one Big W photobook to be printed?’

I don’t hang around with literary types, but I was still kind of surprised that, ‘Errr, why’d you do that?’ also made the list.

I heard it a bunch of times. Why would you write a book? Always from dudes who were staggered as to what the point of such an exercise would be.

For me personally, the answer is that incapable of achieving my own personal goals and staring down the dusty barrel of a profoundly mundane life, I thought I may as well take a stab at doing what my mum has always dreamed of for me. At least one person will be happy then.

But that sounds kind of bleak, so instead I’ll say I did it all… for the kids.

When I was a teenager, I didn’t connect with any of the YA books that were around. I didn’t feel they represented my friends and me and what we got up to – they all seemed to be about geeks or rich kids. And they didn’t talk like us, either.

So I wanted to write for young folks who may not be huge readers because they haven’t been represented before. (Side note: publishing a book for people who don’t read is a bold business move, so I have to applaud Text for taking a chance/making a bad decision.)

Basically, I wanted a novel about modern Aussie boys that felt genuine. I also wanted to depict the kind of language kids develop in their own friendship groups – because most teens have their own vernacular.   For instance, here’s one bit from Bonesland where a character, Jimmy, is collecting drug orders from his friends.

‘Aaleyah, you want anything?’
‘Oh, no thanks.’
‘C’mon, A! Live a little. You’re missing out on the real Banarang teen experience.’
Aaleyah crinkles her face up like she’s actually thinking about it. ‘Oh, okay. Maybe some of the marijuana. I like the smell of that.’
‘Nice!’ Jimmy calls. ‘I’ll have plenty of de ’erb, but I’ll bring even more. So, some girl drinks and a molly mood enhancer for Leon; green for A-Train; then green, purple, white, Grey Goose and more rock candy for me and Tyse. I shall prepare your tax-deductible invoices.’

You might not know what purple, white or rock candy is, but after hanging out with these kids you should get the gist of it. Groups of mates all across the world chat like this, calling on a whole stack of terms that they’ve straight-up made up.

Of course, there’s always a chance that I’ve gone and made an out-of-touch book myself. But between the many chats I had with teenagers, my relative youth (I started Bonesland aged 26) and my comprehensive raiding of the painfully funny teenage diaries, I can say that at least I gave it a fair whack.

Brendan Lawley is a writer living in Melbourne. Bonesland is his first novel. 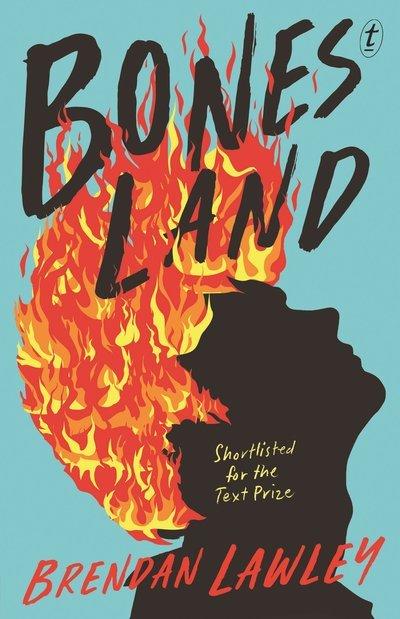