The best psychological thrillers to curl up with in Autumn

As we head deeper into autumn, nights are getting longer and chillier, and conditions are perfect for wrapping up in a blanket, pouring a cup of tea, and losing yourself in a twisty, turny, psychological thriller. Here are some of our favourite picks to keep you on the edge of your (comfortable) seat.

11-year-old Elly is missing. After an extensive police search she is presumed dead, and her family must learn to live with a gaping hole in their lives. Then, four years later, she reappears. But soon her parents and sister are plagued by doubts. Is this stranger really the same little girl who went missing? And if not, who is she? This is a gripping tale of grief, longing, and doubt, which takes every parent’s greatest fear and lets it play out to an emotionally powerful, memorable climax.

The True Deceiver by Tove Jansson (translated by Thomas Teal)

In the deep winter snows of a Swedish hamlet, a strange young woman fakes a break-in at the house of an elderly artist in order to persuade her that she needs companionship. But what does she hope to gain by doing this? And who ultimately is deceiving whom? By the time the snow thaws, both their lives will have changed irrevocably. Jansson’s portrayal of two women grappling with truth and lies is a literary thriller in which the tension lurks unnervingly below the surface.

The Need by Helen Phillips

Molly is home on her own with two small children. Her husband is away for two weeks and she is running between her job as a paleobotanist and looking after her children. She is exhausted, anxious, losing her grip on reality and, as dusk falls, she gets jumpy - are those footsteps out in the hall? What was that noise? She holds the children close, tries to pull herself together, of course they’re all safe. But moments later, in the sitting room, she sees it - a figure wearing a deer mask. The Need is a strange, unsettling spec-fic thriller.

Teenage Silvie and her parents are living in a hut in Northumberland as an exercise in experimental archaeology. Her father is a difficult man, obsessed with imagining and enacting the harshness of Iron Age life. Haunting Silvie’s narrative is the story of a bog girl, a young woman sacrificed by those closest to her, and the landscape both keeps and reveals the secrets of past violence and ritual as the summer builds to its harrowing climax.

For two years, Kim Ayami has worked at Seoul’s only audio theatre for the blind. But now the theatre is shutting down and Ayami’s future is uncertain. Her last shift completed and the theatre closed for good, Ayami walks the streets of the city with her former boss late into the night. Together they search for a mutual friend who has disappeared. The following day, at the request of that same friend, Ayami acts as a guide for a detective novelist visiting from abroad, and in the inescapable, all-consuming heat of a Seoul summer, the edges of reality start to fray.

The Better Liar by Tanen Jones

Estranged for a decade, sisters Leslie and Robin must reunite if they are to claim the fortune their father left them. Leslie desperately needs that money, but when she arrives at her sister’s apartment, she finds her body instead. Mary, an aspiring actress, spends her nights slinging beers at a seedy restaurant. She’d do anything to start her life over. When Leslie offers her a huge sum of money and the chance to be someone else - to be Robin - she takes it. What unfolds is a twisty, heartstopping, addictive crime thriller to rival the best.

The Only Child by Mi-ae Seo (translated by Jung Yewon)

Criminal psychologist Seonkyeong has two new people in her life. The first – a serial killer whose gruesome murders shook the world but who has steadfastly remained silent up to now. The other – a young, innocent looking stepdaughter from her husband’s previous marriage, who unexpectedly turns up at the door after the sudden death of her grandparents. Both are unsettling. Both are deeply troubled, and both seem to want something from her. Can she afford to give it?

The Witch is dead. After a group of children playing in the murky waters of the irrigation canals discover her decomposing corpse, the village is rife with rumours and suspicions about the murder of this feared and respected woman, who had carried out the community’s ritual shamanic customs. In dazzling, visceral language, Melchor extracts humanity from otherwise irredeemably brutal characters, and spins a terrifying and heartrending tale of dark suspense in a Mexican village that seems damned.

Lauren and her father Niall live alone in the Highlands, in a small village surrounded by pine forest. When a woman stumbles out onto the road one Halloween night, Niall drives her back to their house in his pickup. In the morning, she’s gone. In a community where daughters rebel, men quietly rage, and drinking is a means of forgetting, mysteries like these are not out of the ordinary, including the disappearance of Lauren’s mother a decade ago. Lauren looks for answers in her tarot cards, hoping she might one day be able to read her father’s turbulent mind. Neighbours know more than they let on, but when local teenager Ann-Marie goes missing it’s no longer clear who she can trust. 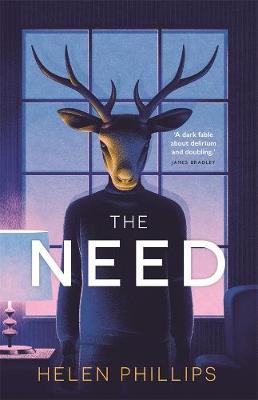 END_OF_DOCUMENT_TOKEN_TO_BE_REPLACED

Can You Hear Me?