A Shooting at Chateau Rock by Martin Walker (available 9 June)

Look, we’re all trapped inside at the moment and spending some time in the French countryside listening to Bruno, Chief of Police, rhapsodise about food is a pretty delightful way to spend your time. In A Shooting at Chateau Rock, Bruno encounters a man named Gaston whose father has died of a heart attack – but his will, recently changed, holds some suspicious surprises. Unscrupulous insurance agencies, Russian oligarchs and luxurious retirement communities populate Martin Walker’s latest tasty release.

The Black Art of Killing by Matthew Hall

After two decades in the SAS, Major Leo Black is now Dr Leo Black: Oxford University lecturer and hoping to prove himself in an unfamiliar environment. But presenting an academic paper becomes difficult when he finds out his old friend and military colleague Finn has died while trying – and failing – to protect a young scientist from being abducted. Now Black’s future isn’t so clear, and the lectern is abandoned for a brutal fight for justice in South America. This is an action thriller wielding a doctorate like a deadly weapon.

The Winter Agent by Gareth Rubin

While the northern hemisphere starts banging on about summertime, we have the rest of winter to delight in frosty criminal dramas. Partly based on a true story, this WWII espionage thriller sees British agent Marc Reece attempting to stop the Nazis while simultaneously working a mission none of his fellow agents know about. When a plan goes violently wrong, he discovers there’s a German spy in their midst – and there’s the sickening feeling it could be the woman he loves, who is now missing. In a turbulent and freezing French winter, Marc will have to do everything to keep the Allied Forces’ D-day plans intact.

With a Swedish winter next on the travel itinerary, you’ll also get a police detective with a difference: Embla Nyström – hunter, tracker, and welterweight boxer. Though she’s out of training after a brush with death, she’s now on a new case involving missing children, a dead police officer, and the teenager accused of killing them all. When locals start to take justice into their own hands, Embla must find the children, and piece together a missing persons case from her past, before the whole town implodes.

Now for a blood-soaked jaunt in the Roman countryside, we find Detective Colomba Caselli recovering from an attack and feeling the absence of Dante Torre, the partner she hasn’t seen for a year, and whose shocking past is always close by. After a bloodied teenager takes Colomba to a horrific crime scene, she finds herself in an investigation where nothing is clear and, she realises, the signs are pointing towards her. She needs Dante – and she needs to solve this. The final book in Sandrione Dazieri’s blistering trilogy.

Sticks and Stones by Katherine Firkin

If you want to keep local, but need a reason to stay indoors, then look no further than Katherine Firkin’s procedural following DSC Emmett Corban, who works at Missing Persons – for now, anyway. A woman has gone missing, reported by her brother, and it doesn’t seem urgent until she is found, a diamond carved into her torso. When another woman vanishes, Emmett’s leaving nothing to chance – but can he save her, or will this killer strike again? This richly populated, sinister and riveting tale will make you want to avoid all your favourite Melbourne haunts.

The Broken Ones by Ren Richards

Nell is a successful true crime writer who’s just handed in the manuscript for her second book. She spends her first day post-delivery in a prison visiting two people: her own mother, whose attempted murder of her father saw Nell and her sister Lindsay in foster care for years; and Easter, a previously conjoined twin now imprisoned for murdering her sister, and the possible subject of Nell’s third book. Easter has a story about her sister that seems unbelievable, but she also knows something about Nell – that she’s hiding the fact her four-year-old daughter went missing while she was a teenage parent. Now somebody on the outside is on Nell’s tail, and danger is everywhere. This is a tangled, juicy read to get your teeth right into – and addictive as all hell. 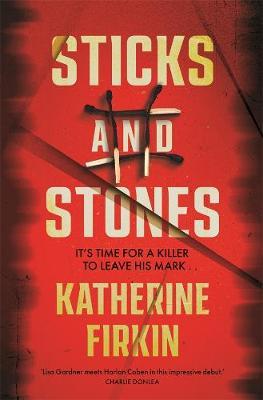