The Best Crime Fiction of 2013

Here are our top ten crime books of 2013, as chosen by our crime specialist Fiona Hardy. (Displayed in no particular order).

The Cuckoo’s Calling by Robert Galbraith

J.K. Rowling’s foray into crime writing is a complete success: Cormoran Strike PI is a character as large on the page as he is in height. Ex-military and ex-happiness, he is offered a new case along with a tough new secretary, and gets a fame-studded boost out of his emotional mores. This is as comforting and inventive as her fantasy world yet with the grit and instincts of a seasoned crime writer.

Morgen Tanjenz is a Life Sculptor – not the kind of guy you’d find represented in an art museum as much as a guy you’d find in your apartment planting incriminating evidence because he doesn’t like you. He’s a dissatisfied lawyer: rich, bored, manipulative and evil in an underhand and slightly delicious way. Morgen is a guy you’ll hate to love and love to read.

This compendium of essays by Australia’s foremost crime authors is a complete delight. Given the opportunity to discuss how they create their works, they don’t disappoint: for readers, there’s a great insight into your favourite (or soon-to-be-favourite) authors when they aren’t figuring out how to commit crimes; for writers, there are excellent pieces of advice and tips. If I Tell You… I’ll Have to Kill You is funny, moving and filled with inspiration.

On a mountain in Tasmania, on Christmas Day, a woman rides her beloved horse up and away from the problems that plague her. Not making life easier is a freak storm, flooding the mountain and stranding them high above. The discovery of shelter leads to another find: Heath, young, handsome, and not entirely honest, but trapped as they are. This is an unnerving and taut psychological thriller.

A Bitter Taste by Annie Hauxwell

A strangely welcome relief from the slurring alcoholics of much mainstream crime is Catherine Berlin, investigator, friend, recovering heroin addict. More at home in London’s seedy underbelly than in the bright lights of the everyday world, she is out to find a young girl who has fled her mother—a woman whose life Berlin unwittingly destroyed years before. This is not the London of Dame Agatha Christie, but it is worth a visit.

Constable Paul Hirschhausen is delivered hastily to a rural, one-officer station in South Australia after helping to expose police corruption in Adelaide. He’s barely been in Tiverton long enough to make friends – or enemies – when he is first called to Bitter Wash Road with a report of shots fired. But with a town ruled by fear and hiding its share of secrets, it won’t be the last call he’ll make down that dusty track.

As dignified and wickedly satisfying as an elaborate and high-octane cocktail, Rowland Sinclair upper-classes and upper-cuts his way through 1930s London, determined to make those in power aware of the atrocities in Germany. When his first contact is killed, it sends him and his gloriously artsy cohorts on an investigation that includes London’s more aristocratic corners. Something of a political caper story, this is a complete delight.

Byron Bay investigative journalist Scout Davis is on the hunt: a trio of reclusive sisters have discovered that the husband of one – presumed dead years before – has turned up in a newspaper article. Recruiting her friends and family to assist in the quest and some rather entertaining petty crimes, Scout is frequently in danger, but mostly is just having as much fun as Groff’s readers are.

A brutal tale of women trying to free themselves from the horror of their past, The Never List sees the traumatised Sarah coming out of her self-inflicted isolation to prevent the release of the man who held her hostage for three years. She was not alone in Jack Derber’s basement, and the more she and her fellow captives fight for their lives back, the more they realise there could still be others to save.

I Hear the Sirens in the Street by Adrian McKinty

It’s 1983 in Northern Ireland, and being a Catholic police officer during the Troubles means checking under your car every morning and regarding everyone with suspicion even outside of work hours. Detective Inspector Sean Duffy is an officer who hasn’t let his sense of humour or culture dry up, and following him on a fraught investigation into a grisly death is enlightening, horrifying and essential to read. 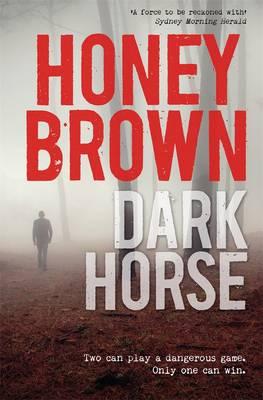 It's Christmas morning on the edge of the rugged Mortimer Ranges. Sarah Barnard saddles Tansy, her black mare. She is heading for the bush, escaping the reality of her broken marriage and her bankrupted trail-riding business. 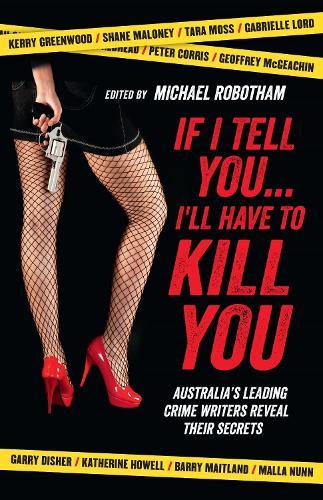 If I Tell You I’ll Have to Kill You: Australia’s top crime writers reveal their secrets 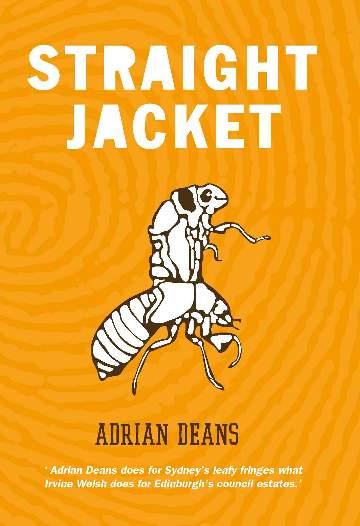 Morgen Tanjenz is a lawyer with an overactive sense of justice. His mission in life is to reward the virtuous, punish the ignorant and avenge those who won't avenge themselves. His favourite pastime is 'life sculpture' -...