The shortlist for the 2021 Booker Prize has been announced! The Booker Prize has brought recognition, reward and readership to outstanding fiction for over 50 years. It is awarded annually to the best novel of the year written in English and published in the UK or Ireland.

Below are the six shortlisted titles:

A Passage North by Anuk Arudpragasam

It begins with a message: a telephone call informing Krishan that his grandmother’s former care-giver, Rani, has died in unexpected circumstances, at the bottom of a well in her village in the north, her neck broken by the fall. The news arrives on the heels of an email from Anjum, an activist he fell in love with four years earlier while living in Delhi, bringing with it the stirring of distant memories and desires.

As Krishan makes the long journey by train from Colombo into the war-torn Northern Province for the funeral, so begins a passage into the soul of an island devastated by violence.

This title is expected to be back in stock within the next fortnight.

The Promise by Damon Galgut

A taut and menacing novel that charts the crash and burn of an Afrikaans family, the Swarts. Punctuated by funerals that bring the ever-diminishing family together, each of the four parts opens with a death and a new decade.

The characterisations are razor sharp, the dialogue dramatic, the action gripping. As we traverse the decades, Damon interweaves the story of a disappointed nation from apartheid to Jacob Zuma.

No One is Talking About This by Patricia Lockwood

A woman known for her viral social media posts travels the world speaking to her adoring fans, her entire existence overwhelmed by the internet - or what she terms ‘the portal’. Are we in hell? the people of the portal ask themselves. Are we all just going to keep doing this until we die?

Suddenly, two texts from her mother pierce the fray: ‘Something has gone wrong,’ and ‘How soon can you get here?’ As real life and its stakes collide with the increasing absurdity of the portal, the woman confronts a world that seems to contain both an abundance of proof that there is goodness, empathy and justice in the universe, and a deluge of evidence to the contrary.

The Fortune Men by Nadifa Mohamed

Mahmood Mattan is a fixture in Cardiff’s Tiger Bay, 1952, which bustles with Somali and West Indian sailors, Maltese businessmen and Jewish families. He is a father, chancer, petty criminal. He is a smooth-talker with rakish charm and an eye for a good game. He is many things, but he is not a murderer.

So when a shopkeeper is brutally killed and all eyes fall on him, Mahmood isn’t too worried. Since his Welsh wife Laura kicked him out for racking up debts he has wandered the streets more often, and there are witnesses who allegedly saw him enter the shop that night. But Mahmood has escaped worse scrapes, and he is innocent in this country where justice is served. Love lends him immunity too - the fierce love of Laura, who forgives his gambling in a heartbeat, and his children. It is only in the run-up to the trial, as the prospect of returning home dwindles, that it will dawn on Mahmood that he is in a fight for his life.

Theo Byrne is a promising young astrobiologist who has found a way to search for life on other planets. He is also the widowed father of a most unusual nine-year-old. His son Robin is funny, loving, and filled with plans. He thinks and feels deeply, adores animals, and can spend hours painting. He is also on the verge of being expelled from third grade, for smashing his friend’s face with a metal thermos.

What can a father do, when the only solution offered to his rare and troubled boy is to put him on psychoactive drugs? What can he say when his boy comes to him wanting an explanation for a world that is clearly in love with its own destruction? The only thing for it is to take the boy to other planets, while all the while fostering his son’s desperate campaign to help save this one.

This title publishes 28 September and is currently available for pre-order.

From the night she is rescued as a baby out of the flames of a sinking ship; to the day she joins a pair of daredevil pilots looping and diving over the rugged forests of her childhood, to the thrill of flying Spitfires during the war, the life of Marian Graves has always been marked by a lust for freedom and danger. In 1950, she embarks on her life’s dream - to fly a Great Circle around the globe, pole to pole. But after a crash landing she finds herself stranded on the Antarctic ice without enough fuel. With a fearsome piece of water separating her from completion of the Circle, she writes one last entry in her logbook.

Half a century later, Hadley Baxter, a brilliant, troubled Hollywood starlet is irresistibly drawn to play Marian Graves, a role that will lead her to probe the deepest mysteries of the vanished pilot’s life.

The winner will be announced on 3 November. You can find out more about the Booker Prize shortlist here. 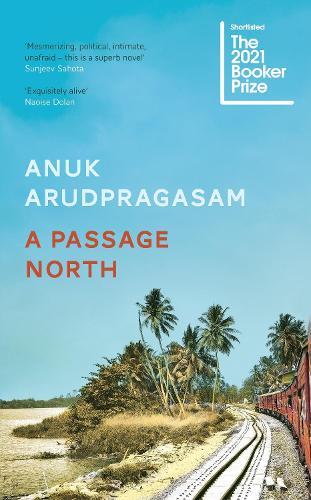 This monumentally powerful epic weaves together the astonishing lives of a daredevil female aviator, and the Hollywood rebel who will play her on screen. Perfect for fans of The Goldfinch, and All the Light We Cannot See.

A magnificent new novel by Richard Powers, his first novel since the Booker Prize-shortlisted, Pulitzer Prize-winning The Overstory.

A murder, a miscarriage of justice, and a man too innocent for his times...