Terrific sci-fi & fantasy to indulge in this summer

Our digital marketing manager Lian Hingee shares 12 sci-fi and fantasy books to get stuck into over the summer break. Plus, you find even more recommendations from this past year by browsing the collection below.

The final season of Game of Thrones hits our screens next year, so it’s the perfect time to reacquaint yourself with George R. R. Martin’s sprawling fantasy world. Fire and Blood is set 300 years before the A Song of Ice and Fire series, and offers a comprehensive history of the Targaryen dynasty in Westeros, beginning with the story of Aegon the Conqueror. Martin has commented that, ‘this is a book that Daenerys might actually benefit from reading’, and the same probably rings true for any fan of the book or the TV series.

Described as The Hitchhiker’s Guide to the Galaxy meets Eurovision, Space Opera is the most recent novel from acclaimed author Catherynne M. Valente. When mankind finally manages to blunder into extraterrestrial life, they discover that Earth must now compete in a gladiatorial music contest that arose in the aftermath of the Sentinence Wars. The stakes are high at the Metagalactic Grand Prix – win, and you can win fame and glory for your planet; lose and your entire species will be destroyed. If you love David Bowie, Douglas Adams, or the film The Fifth Element you’ll want to check this one out.

What do you get when you put a soldier-turned-mercenary, a telekinetic teenager and an android preacher on a sarky sentient spaceship? Something like Farscape meets Firefly by way of Star Wars, AKA a trope-filled debut book titled The Stars Now Unclaimed. Jane Kamali works for a mysterious group known as the Justified, collecting people who exhibit supernatural powers after a massive pulse of energy spread through the universe. When her rescue of teenage girl Esa goes awry, Kamali finds herself caught up in the middle of an intergalactic war between the Justified and a group of religious zealots known as the Pax.

How Long ‘Til Black Future Month? by N. K. Jemisin

Earlier this year N.K. Jemisin became the first writer to win the Hugo (science fiction’s most prestigious literary award) three times in a row. Jemisin – also the award’s first black winner – is one of the genre’s most exciting voices, and her story collection, How Long ‘Til Black Future Month, is an ideal entree into her work. Running the gamut from sci-fi and cyberpunk, to steampunk and urban fantasy, Jemisin’s deftly-executed stories illustrate her skill at narrative and world-building.

Ben Aaronovitch’s wonderful Rivers of London series follows the adventures of Peter Grant, member of the Metropolitan Police and Wizard-in Training, as he investigates a series of otherworldly crimes. The highly anticipated seventh book in the series, Lies Sleeping, sees Grant on the hunt for the mysterious Martin Chorley, who has been terrorising London in the guise of the Faceless Man. Witty, diverse, smart and incredibly fast paced, the Rivers of London series is an entertaining mash-up of The Bill and The X-Files, perfect for fans of Neil Gaiman and Terry Pratchett.

Time’s Convert sees Deborah Harkness returning to the same world as her bestselling (and recently adapted for TV) All Souls trilogy, and fans will recognise Marcus Whitmore – the 200-years-young vampiric assistant to Matthew De Clermont – and his human girlfriend, art historian Phoebe Taylor. In Time’s Convert, Phoebe has made the momentous decision to become a vampire, but her transformation forces Marcus to confront some unwelcome memories from his own past. Harkness is a highly respected scholar who has taught at universities around the world (including Oxford University), and Time’s Convert is as much an engrossing and well-researched history of the American Revolution as it is a supernatural love story.

An Easy Death by Charlaine Harris

Fans of Sookie Stackhouse will be delighted to see author Charlaine Harris return with a brand-new series, Gunnie Rose. Lizbeth 'Gunnie’ Rose is an American gunslinger hired by a pair of Russian sorcerers to help them track down a man they’re hoping will save their Tsar’s life. As the three travel through an America fractured by the assassination of President Roosevelt in the 1930s Gunnie quickly discovers that her assignment is not nearly as straightforward as she’d anticipated. Described as The Dark Tower meets True Blood, this series will be perfect for fans of The Walking Dead and Westworld.

Set 30 years in the future, Red Moon is a political thriller that takes place on Earth’s moon, recently colonised by both China and the US. When an American man named, improbably, Fred Fredricks is implicated in the murder of a Chinese diplomat the fragile peace between the two nations is threatened. Kim Stanley Robinson is one of the giants of contemporary science-fiction, and Red Moon is reminiscent of his award-winning Mars series.

Translated for the first time into English, the bestselling Russian novel Vita Nostra is the story of a young girl who’s enrolled against her will into the mysterious and foreboding Institute of Special Technologies to learn magic. The Institute is about as far from Hogwarts as you can get: a cold and austere school where failure is met with violence meted out to the students’ families. This dense and very Russian fantasy is a standalone novel that merges adventure, magic, science and philosophy.

The Witch Who Courted Death by Maria Lewis

Australian author Maria Lewis has followed up her entertaining Tommi Grayson series with another terrific urban fantasy. The Witch Who Courted Death is an unashamedly feminist story about a woman out for revenge after a brutal attack that claimed the life of her twin brother. If you love The Chilling Adventures of Sabrina, Practical Magic or The Craft, this is the book for you.

In Spinning Silver, award-winning writer Naomi Novik offers a clever and compelling retelling of the Rumpelstiltskin fairytale. Miryem, the daughter of a Jewish moneylender, has a skill for making canny investments. When her talent for turning silver into gold (so to speak) reaches the king of the fae, he shows up at her door with a demand: change his silver into gold three times over, or he will turn her into ice. Spinning Silver is a lush and richly imagined fantasy.

Hank Green is the brother of YA superstar John Green, and is an enormously successful blogger, vlogger and social media superstar in his own right. His debut novel An Absolutely Remarkable Thing is the story of a young woman who becomes an overnight celebrity when a Youtube video she’s made of a mysterious giant robotic sculpture goes viral. This is a chatty, enjoyable read that successfully blends humour, sci-fi and mystery. 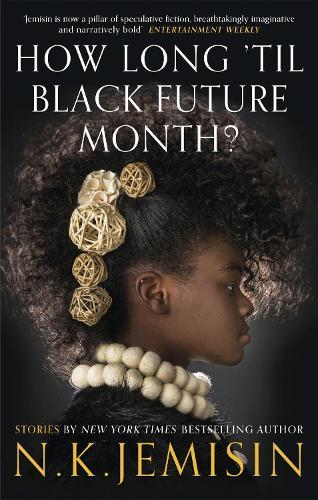