Ten Books to Read this Halloween

In celebration of Halloween, here’s a collection of some scary, creepy and unsettling books from 2013.

On a damp October night, beautiful young Ashley Cordova is found dead in an abandoned warehouse in lower Manhattan. As veteran investigative journalist Scott McGrath investigates her death, he comes face-to-face with the legacy of her father: the legendary, reclusive, cult-horror-film director Stanislas Cordova.

This haunting, breathtakingly suspenseful literary thriller is the second novel from Marisha Pessl, the author of Special Topics in Calamity Physics. Our reviewer calls the book ‘gripping, strange and often creepy’.

‘Pessl’s greatest achievement in Night Film is the creation of Cordova, who looms over the narrative at every turn. With a dead wife, a dead daughter, an obsessive fan following and rumours about his odd behaviour, everything about Cordova is deliciously eerie and enigmatic. … Pessl’s writing style won’t be to everyone’s taste but the novel contains some utterly thrilling sequences worth the price of the book alone.’

In 1992, behind the barbed wire fence of a psychiatric hospital for the criminally insane, Thomas Quick confessed to the murder of an eleven-year-old boy who had been missing for twelve years. Over the next nine years, Quick confessed to more than thirty unsolved murders, earning a reputation as Sweden’s most notorious serial killer.

There was only one problem as far as journalist Hannes Rastam was concerned: Quick’s involvement in a number of these crimes seemed highly doubtful, even impossible.

The English translation of Rastam’s massively influential ‘Fallen Thomas Quick [The Case of Thomas Quick]’, this real-life thriller is widely considered one of the best true-crime books to emerge in recent years. Rastam chronicles his investigation into Quick’s story, from his first meeting with the man, to his own obsessive analysis of court documents, medical journals, previously unseen police reports and more, and onto his horrifying realisation that Thomas Quick was innocent.

(If you too have been watching the television drama Hannibal recently you may also be having your own little ‘aha’ moment here.)

There were four of us down there for the first thirty-two months and eleven days of our captivity. And then, very suddenly and without warning, there were three. Even though the fourth person hadn’t made any noise at all in several months, the room got very quiet when she was gone. For a long time after that, we sat in silence, in the dark, each of us wondering what this meant for her and for us, and which of us would be the next in the box.

Nineteen years ago, best friends Sarah and Jennifer were in a car accident that killed Jennifer’s mother. The two girls, bound together, made a list of things to never do that would keep them safe. But obeying that list didn’t save them from Jack Derber’s cellar.

Thirteen years ago, Sarah escaped. Jennifer did not. Now Jack’s parole hearing is coming up and to stop him being released Sarah is going to have to break some rules.

Our reviewer says, ‘*The Never List* is tense and horrifying. Sarah and her fellow captives are physically scarred and each has an enormous emotional burden that comes at you like a lunged knife.’

Ranging from rural Australia to Northern Europe and beyond, from the dark past of the Soviet era to a terrifying vision of the near future, this short-story collection marks the arrival of a unique and bewitching talent.

Some of the characters you’ll meet in this collection include a woman possessed by visions of her brother’s brutal death at a lake in Finland, and a lonely boy haunted by nightmares of a new classmate who has an affair with their teacher.

‘This debut short-story collection from Maria Takolander, a Melbourne-born and Geelong-based author and academic, is eerily beautiful and not for the faint of heart. The Double takes its title and epigraph from Dostoyevsky’s tale of a timid man plagued by his extroverted doppelgänger – and, like that classic novella, it’s the kind of book that will unnerve you and keep you up at night.’

*A man-made plague has swept the earth, but a small group survives, along with the green-eyed Crakers - a gentle species bio-engineered to replace humans. With MaddAddam, Booker Prize-winning Margaret Atwood holds up a skewed mirror to our own possible future.*

Ten years after the release of Oryx and Crake, the final instalment of Margaret Atwood’s dystopian trilogy is here, a slow-burning and wholly immersive, chilling delight. Once again we’re thrown into the wreckage of the world post-‘flood’ (please read: plague that destroys the majority of humans) and here the story unfolds in the kind of exciting mash-up of modes you’d expect from Atwood, with storytelling and myth-making at the centre.

In some ways, this is my favourite book in the series. Unlike the first two, which largely deal with the immediate repercussions of the apocalypse, MaddAddam offers a tiny glimpse of what this ‘brave new world’ will be like. Living in a time where it’s now possible to download and print a gun, it was all too easy to picture Atwood’s imagination turned outwards. Her vision, which stems from existing science, is believable and chilling.

*To be invited to Prom Night by Tommy Ross is a dream come true for social outcast Carrie White - the first step towards social acceptance by her high school colleagues - but events take a decidedly macabre turn after a cruel prank.*

If you haven’t read Carrie yet then, please, let me convince you to do so immediately! Brutal, affecting and gory, this book is at once an ode to anti-bullying, an evocative (if a bit blunt) portrayal of adolescence, and a glimpse into the terrifying possibilities of telekinesis.

This re-issue of the book that catapulted Stephen King to fame coincides with a new film (due to appear in Australian on 28 November) and while I’m interested to see the upcoming adaptation, I’m worried it won’t stand up to the original from 1976. The hype surrounding Sissy Spacek’s performance as Carrie is well- deserved, and Piper Laurie who plays her abusive mother is equally powerful.

(You can also now read King’s latest novel Doctor Sleep, the sequel to The Shining.)

*Suffering from post-traumatic stress since his return from war, Emily’s dad is prone to flashbacks and, at times, violent outbursts. But when he is accused of murdering a teenage girl in the woods behind their house, Emily is sure he’s innocent.*

Determined to discover the truth, she seeks out the dead girl’s boyfriend, Damon - a boy with his own secrets about the dangerous games that are being played in the dark.

‘Following on from her magnificent debut novel Stolen, Lucy Christopher has once again created a compelling and unique mystery with The Killing Woods. The woods provide the perfect dark backdrop for this brilliant thriller, looking into the world of teens and the frightful ways they get their kicks.’

*It began with rumours from China about another pandemic. Then the cases started to multiply and what had looked like the stirrings of a criminal underclass, even the beginnings of a revolution, soon revealed itself to be much, much worse.*

Another film tie-in (starring Brad Pitt with a much-talked about haircut) Max Brooks' World War Z is a staple on any zombie lover’s bookshelf, the follow-up to his satirical survival manual, The Zombie Survival Guide. The book is unusual in it’s structure with chapters by a key narrator - an agent of the United Nations Postwar Commission ten years after the fictional Zombie War - being interspersed with a collection of individual accounts exploring social, political, religious and environmental changes resulting from the war. (Many critics and reviewers have pointed out that Brooks used World War Z as a platform to criticize government ineptitude and corruption.)

If you haven’t read this title yet, then now is the time to do so!

*Georgina Ferrars, a young woman living quietly with her uncle in London, wakes to find herself in a private asylum 200 miles away on Bodmin Moor in Cornwall, with no memory of the past six weeks. The physician in charge tells her that she has suffered a seizure, and more importantly: her name is not Georgina Ferrars, but Lucy Ashton.*

So begins The Asylum, a gothic suspense novel set in late Victorian England. Australian author John Harwood ‘gift for creating suspense, apparently effortlessly, as if it belongs in the nature of fiction’ (as Ruth Rendall calls it) is evident here while Georgina, who is soon deemed to be in the grip of ‘hysterical possession’ and certified insane, is a wonderful heroine as she struggles to make sense of her new situation.

A gripping page-turner filled with plot twists which will keep you reading far into the night.

*M. E. Thomas is a high-functioning non-criminal sociopath. She is charismatic, ambitious and successful. You would be charmed by her if you met her, might even be seduced by her. You would not realise that she is studying you to find your flaws, that she is ruthlessly manipulative, has no empathy and does not feel guilt or remorse.*

This shocking, unsettling memoir, Confessions of a Sociopath, takes you right inside Thomas' mind, following her life from her childhood experiences to now. During the book she draws on the latest research to reveal why at least one in twenty-five of us are sociopaths ourselves - and suggests this is not necessarily a bad thing. 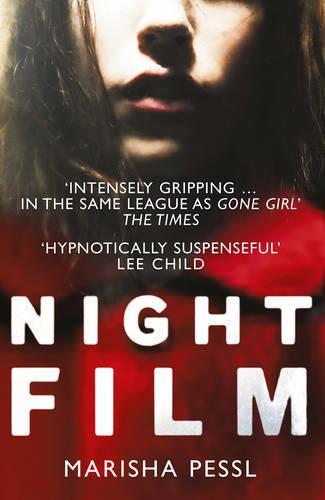