Millennials are well-represented in contemporary books, as both authors and fictional characters. Here are some of our best picks that represent the search for self and longing for stability that are characteristic of this generation.

Such a Fun Age by Kiley Reid

Emira Tucker is an African-American college graduate trying to figure out her future while babysitting white speaker/entrepreneur Alix Chamberlain’s daughter, Briar. When Emira is accused by a security guard of kidnapping Briar during a late night bodega visit, an incident which is caught on video, Alix resolves to make it right. But Emira is wary of Alix’s desire to help, and when the video unearths someone from Alix’s past, both women find themselves in an uncomfortable position. With empathy and piercing social commentary, this debut novel explores the awkwardness of transactional relationships, the complicated reality of being a grown-up and the consequences of doing the right thing for the wrong reason.

The Adversary by Ronnie Scott

It’s been a long winter in a creaky house in Brunswick, where a young man has devoted himself to recreational showers, staring at his phone, and speculating on the activities of his best friend and housemate, Dan. But now summer is coming, and Dan has found a boyfriend and a job, so the young man is being pushed out into the world, in search of friendship and love. The Adversary is a sticky summer novel about young people exploring their sexuality and their sociability, where everything smells like sunscreen and tastes like beer, but affections and alliances have consequences.

Hetty and Ness, best friends since childhood, have left suburban Melbourne for the first time to live abroad. In the student quarter of Toronto, the pair take a room in a sharehouse full of self-assured creatives. Hetty disappears into barkeeping work and a whirlwind nightlife, while Ness drifts aimlessly. But when Ness finds Hope one day in the art gallery, an intense affair develops. And Hetty’s starts spectacularly to fall apart, in a mess of bad drugs and bad men. Beautifully written and intimate, Cherry Beach is a revelatory story of friendship and desire.

If I Had Your Face by Frances Cha

Four young women balance on the razor-edge of survival in contemporary Seoul. Kyuri, an exquisitely beautiful woman, has her hard-won status at an exclusive ‘room salon’ threatened by an impulsive mistake with a client. Her flatmate Miho, an orphan, wins a scholarship to a prestigious art school in New York, where her life becomes tragically enmeshed with the super-wealthy offspring of the Korean elite. Their neighbour Wonna is pregnant with a child that she and her husband have no idea how they will afford to raise in a fiercely competitive economy. And then there’s Ara, a hair stylist living down the hall, whose infatuation with a fresh-faced K-Pop star drives her to violent extremes.

How We Fight for Our Lives by Saeed Jones

Haunted and haunting, How We Fight for Our Lives is a stunning coming-of-age memoir. Poet Saeed Jones tells the story of a young, black, gay man from the South as he fights to carve out a place for himself, within his family, within his country, within his own hopes, desires, and fears. Through a series of vignettes that chart a course across the American landscape, Jones draws readers into his boyhood and adolescence. Each new piece builds into a larger examination of race and queerness, power and vulnerability, love and grief. This work is a portrait of what we all do for one another – and to one another – as we fight to become ourselves.

Queenie Jenkins can’t cut a break. Well, apart from one from her long term boyfriend, Tom. That’s definitely just a break though. Definitely not a break-up. Stuck between a boss who doesn’t seem to see her, a family who don’t seem to listen (if it’s not Jesus or water rates, they’re not interested), and trying to fit in two worlds that don’t really understand her, it’s no wonder she’s struggling. She was named to be queen of everything. So why is she finding it so hard to rule her own life? Described as Bridget Jones’s Diary meets Americanah, this is a bold novel that will speak to anyone who has gone looking for love and found something very different in its place. 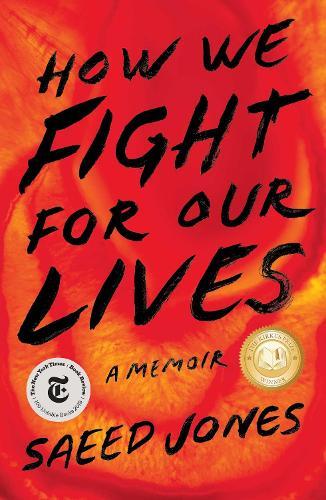 How We Fight for Our Lives