Calling all fans of adventure and detective tales. We’re gathered together a list of eight recent works of non-fiction that will captivate, thrill, and engage your wits – and you’ll also learn something new along the way.

The Golden Maze by Richard Fidler

Having first discovered Prague during the Velvet Revolution, Richard Fidler returns 30 years later to uncover the glorious and grotesque history of Europe’s most instagrammed and uncanny city: a jumble of gothic towers, baroque palaces and zig-zag lanes that have survived plagues, pogroms, Nazi terror and Soviet tanks. The Golden Maze tells the story of this magical city, from its origins in medieval darkness to its uncertain present.

In the late 1990s, wine purveyor John Baker and his second-in-command Kevin Hopko set off on a treasure hunt to find the wine collection of Nicholas II, the last Tsar of Russia. The treasure: a multimillion dollar cellar, a breathtaking collection of wine, and one very expensive broken bottle. Stalin’s Wine Cellar is a wild ride in the glamorous world of high-end wine that transports readers from Double Bay Sydney to Tbilisi Georgia, via the streets of Paris, the vineyards of Bordeaux and iconic Château d'Yquem.

The Organ Thieves by Chip Jones

In 1968, Bruce Tucker, a black man, went into Virginia’s top research hospital with a head injury, only to have his heart stolen out of his body and put into the chest of a white businessman. The circumstances surrounding his death reflect the long legacy of mistreating African Americans that began more than a century before, with cadaver harvesting and worse. Now, in The Organ Thieves, Pulitzer Prize-nominated journalist Chip Jones shares the story of what happened to Tucker, and exposes a horrifying history.

The Ratline by Philippe Sands

As Governor of Galicia, SS Brigadesfuhrer Otto Freiherr von Wachter presided over an authority on whose territory hundreds of thousands of Jews and Poles were killed, including the family of the author’s grandfather. After the war ended, Wachter went on the run and spent three years in hiding in the Austrian Alps, before being temporarily taken in by a Vatican bishop. While preparing to travel to Argentina on the ‘ratline’, he died unexpectedly. In this work, Philippe Sands offers a unique account of the daily life of a Nazi fugitive, and a fascinating insight into life among American and Soviet spies active at the start of the Cold War.

In 1925, James Henry Breasted, famed Egyptologist and director of the Oriental Institute at the University of Chicago, sent a team of archaeologists to the Holy Land to excavate the ancient site of Megiddo – Armageddon in the New Testament. Their excavations made headlines around the world and shed light on one of the most legendary cities of biblical times, yet little has been written about what happened behind the scenes. Digging Up Armageddon is the enthralling story of this archaeological site and its remarkable place at the crossroads of history.

The Doctor Who Fooled the World by Brian Deer

In February 1998, a then-unknown British doctor, Andrew Wakefield, published an explosive scientific paper in a top medical journal, The Lancet. Researching 12 developmentally challenged children, he claimed to have found evidence that MMR, the lifesaving three-in-one vaccine against measles, mumps, and rubella, was causing a frightening ‘new syndrome’ of autism and bowel disease. In this riveting detective story, Brian Deer cuts to the heart of the most damaging medical conspiracy of our time and describes his fifteen-year inquiry into Wakefield – which saw the doctor struck from the medical register and his research retracted.

Traitors and Spies by John Fahey

In Traitors and Spies, former intelligence officer John Fahey shares the incredible true stories he’s uncovered in the archives of Australia, MI5 and the CIA. Internal security work is dirty work, and never more so than when ruthless politicians and police use intelligence services for their own ends. Fahey reveals the inner workings of Australia’s intelligence operations before ASIO was established, and in doing so, reveals the dark side of Australian politics in the first half of the twentieth century.

The secrets of Antarctica have long tempted explorers, but its brutal climate and glacial shores notoriously resist human intrusion. Interweaving the breakthrough research of the modern Ocean Drilling Program with the dramatic discovery tales of their Victorian-era forerunners, Gillen D'Arcy Wood describes Antarctica’s role in a planetary drama of plate tectonics, climate change, and species evolution stretching back more than thirty million years. 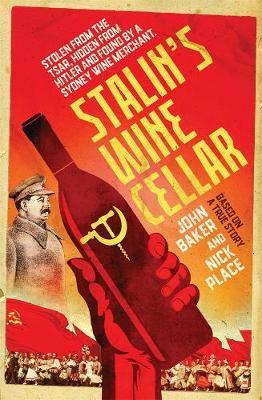