In our new Retro Reads series, we remember books from our past. Here, Bronte Coates talks about Jean Webster’s Daddy Long-Legs.

I was a vicious reader as a child, an obsessively competitive MS-Readathon participant with a penchant for developing intense literary crushes (please see here). I consumed nearly everything I found on my family bookshelves and it was thanks to my grandmother (by path of my mother and older sister) that I first came across ‘College Girl’ stories – novels that were published around the early 1900s and predated our understanding of ‘adolescence’. A variant on the boarding school theme, these stories were set in fictionalised versions of women’s colleges and are credited as playing a part in normalising the idea of higher education for women. The young women of these novels were usually toying with ideas of marriage and career - a notable example is L.M. Montgomery’s Anne of Green Gables series. Many of Louisa May Alcott’s novels (Little Women, An Old-Fashioned Girl, Eight Cousins) could also easily sit within this genre despite being published a few decades early.

The stand-out for me was Jean Webster’s Daddy Long-Legs.

Published in 1912, this epistolary novel is the story of an orphan girl, Jerusha ‘Judy’ Abbott, sent to college by a mysterious benefactor. She’s instructed to write him letters on the proviso that he will never answer, or likely even read them. As a correspondent (and I can only imagine as a friend in real life) Judy is funny and heartfelt. Her wry observations of college life are best described as delightful and her enthusiasm for the place is infectious. The world she depicts is one of old-fashioned, almost embarrassingly wholesome fun: molasses candy pulls, broiled lobsters for 35c and explorations of the neighborhood while ‘carrying shiny sticks to whack things with’.

(The book is also filled with the most excellent silly illustrations, one of which is pictured here.)

Judy remains one of my favourite characters I’ve met in books today. She’s confident yet prone to bouts of anxiety, all recorded with a dry wit: ‘Sometimes a dreadful fear comes over me that I’m not a genius.’ She strives to be good and kind, and is scrupulously honest about her failings: ‘It was a very low motive, if you must know it, that prompted the silk stockings.’ She has very good advice: ‘I have a new unbreakable rule: never, never to study at night no matter how many written reviews are coming in the morning. Instead, I read just plain books.’

Over the years, I have heard Daddy Long-Legs criticised as being an ‘anti-feminist fairy tale’ given Judy’s education is funded by a man, also citing her later slightly-suspect romance. I’d argue that Judy’s successful transition into independence from her guardian (after having asserted her will at several key moments in the book) ensures that this is not the case. Also, remembering when this book was was written - at a time when women didn’t even have the right to vote - I simply can’t seen anything for it but to declare Judy a feminist of the most outstanding order.

Bronte Coates is the Digital Content Coordinator for Readings. She is a co-founder of literary project, Stilts. 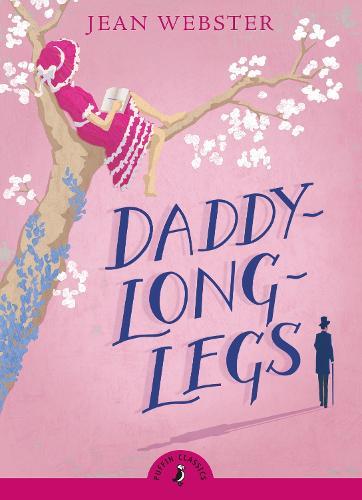